Chalet Camomille, chalet with hottub - self catered or catered - you choose 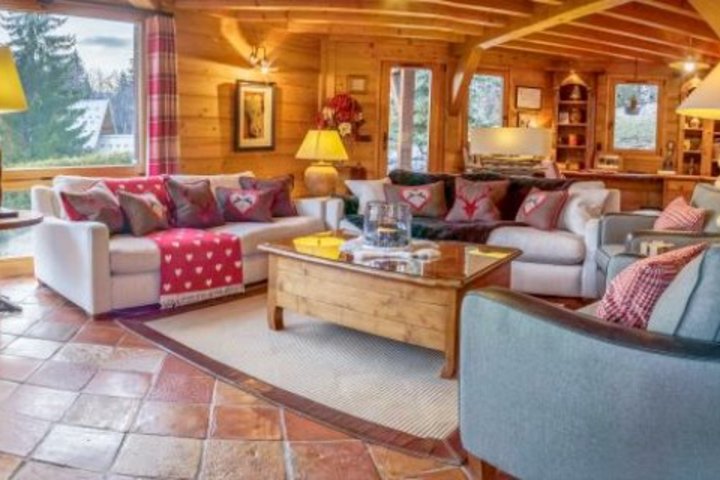 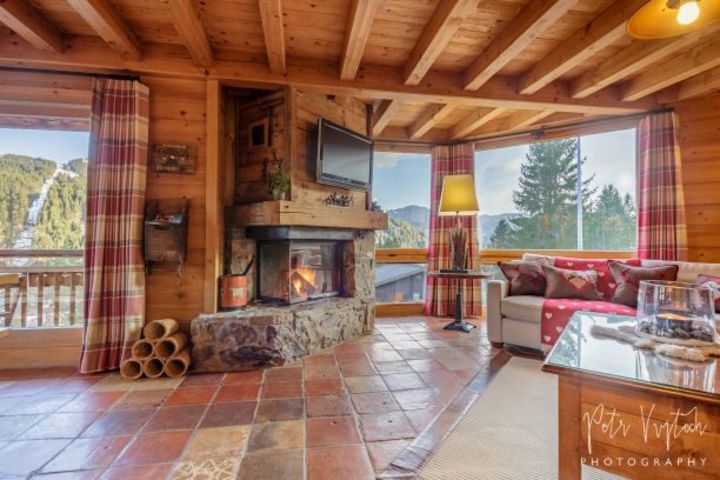 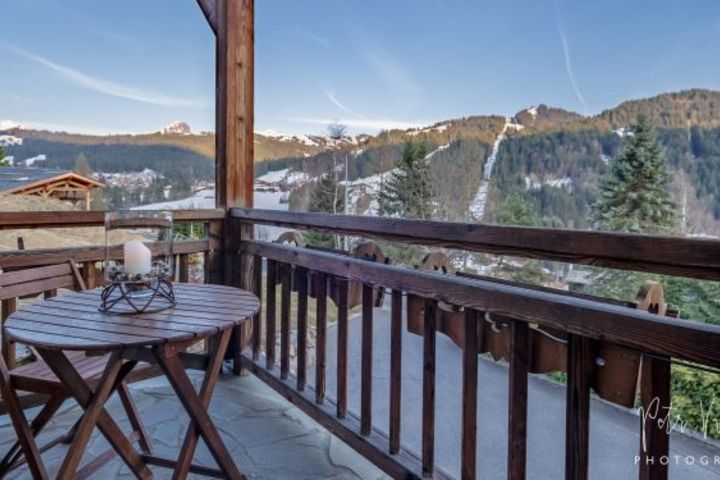 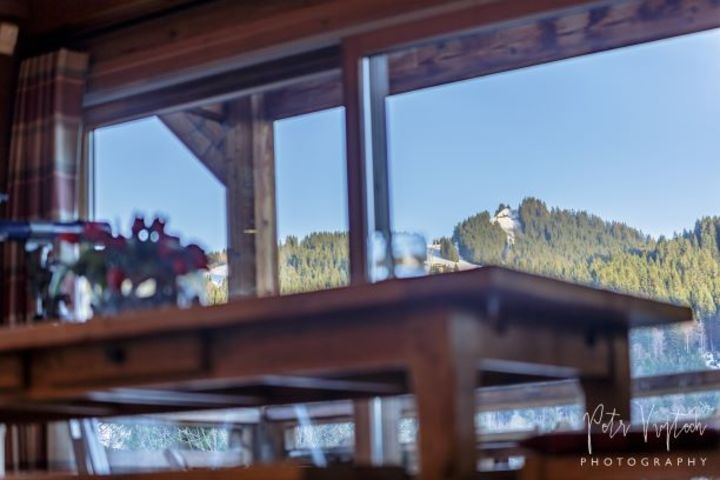 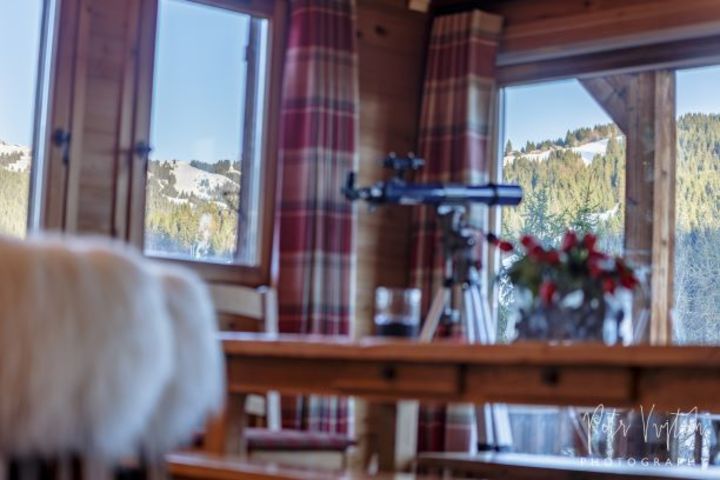 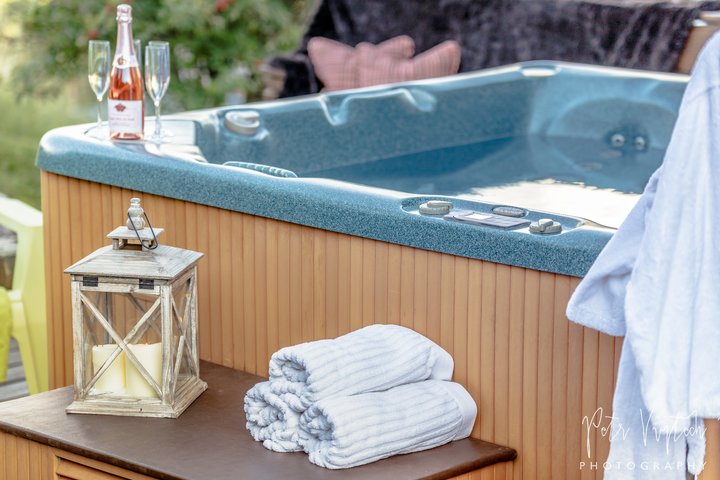 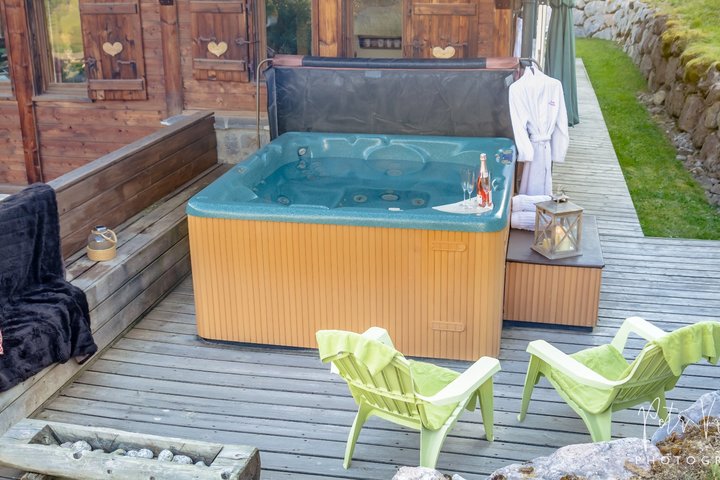 Imagine sipping champagne in the hot tub, under the stars as you look across the slopes of La Turche having skied them earlier that day… You could barbeque on the terrace, then watch a movie wrapped up in a fluffy robe and slippers which are provided, in front of the big log fire before retiring to the comfy beds with Egyptian cotton bed-linen. If you don’t want to avail of the kitchen facilities, you could have one of the region’s top chefs come in to use them for you, either for one special meal, or cater for your full stay.

Whether you want to sunbathe in a private garden, or have somewhere safe for the kids to build a snowman – just means you need to pick which season you come!

Camomille is the perfect distance up the hill on the sunny side of the valley so that you can enjoy spectacular views, but not strain too much from the 10 minute walk into, or back from the village. If you don't fancy the walk at all, there is a free shuttle-bus service and both Line A and Line C have stops within a few yards of the chalet.

Deep in a little valley whose gentle curves stretch as far as the Swiss frontier. Les Gets is a village which is keen to preserve its gentle pace of life and authentic Savoyard charm.Quality craftsmanship has created a luxurious classic alpine atmosphere in a prime position on the sunny side of Les Gets.Architecturally designed and crafted by top local carpenters, the atmosphere oozes from every timber beam and quaint materials..

Les Gets is less than an hour's drive from Geneva airport, making it one of the easiest transfers of all the European ski resorts. The ski area is on pasture-land rather than the rocky ground found at higher altitudes, so even a small fall of snow ensures a skiable area. That said, the past few seasons have had no shortage of the white stuff, in fact the lifts had stayed open well past the official season.

Les Gets forms part of the 'Portes du Soleil', arguably the largest linked ski area in the world - so if the resort of Les Gets / Morzine dosn't give you enough piste to explore, lifts can connect you to Avoriaz, and on to Morgins and Champery in Switerland so you can ski for miles and miles without having to do a run twice!

SUMMER IN LES GETS

Mountain Biking
Les Gets was the venue for the 2004 world championship and has a wide variety of VTT runs. Past guests recommend the Tour de Mont Chery for cross country bikers, and the Chevannes reds for downhill bikers. Road cycling is very popular in the area and the Tour de France has been through the village.

Swimming
'Le Lac' at Les Gets is on the opposite side of the valley and is
patrolled by lifegards. A larger lake at Montriond is very
picturesque, and there are outdoor pools in Morzine.

and much more: Walking, or just relaxing and taking
in the stunning scenery.