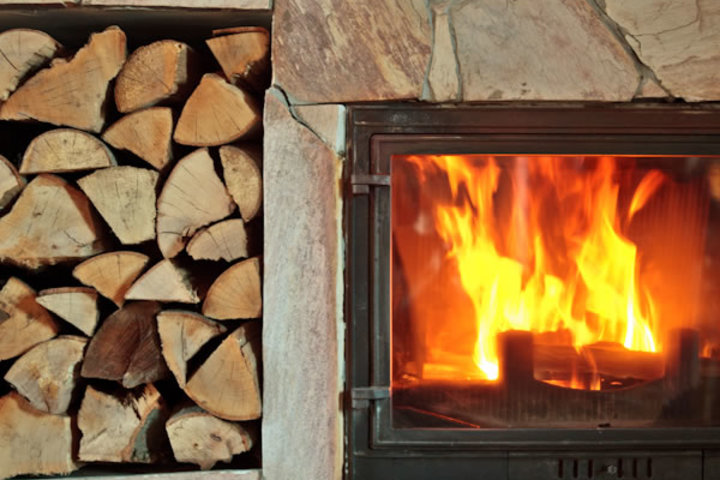 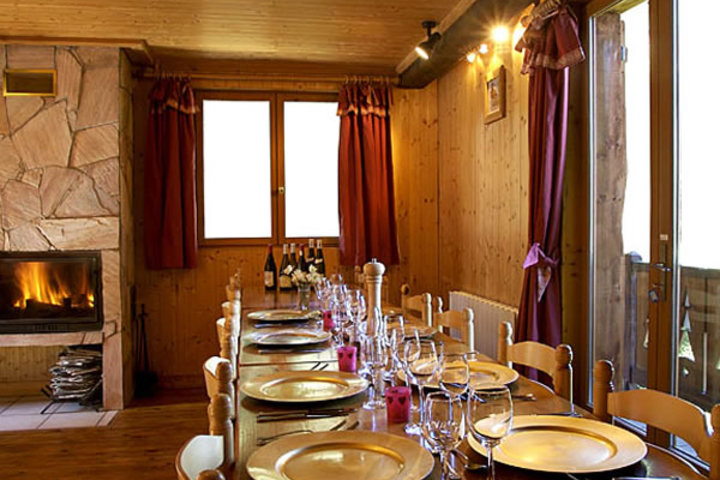 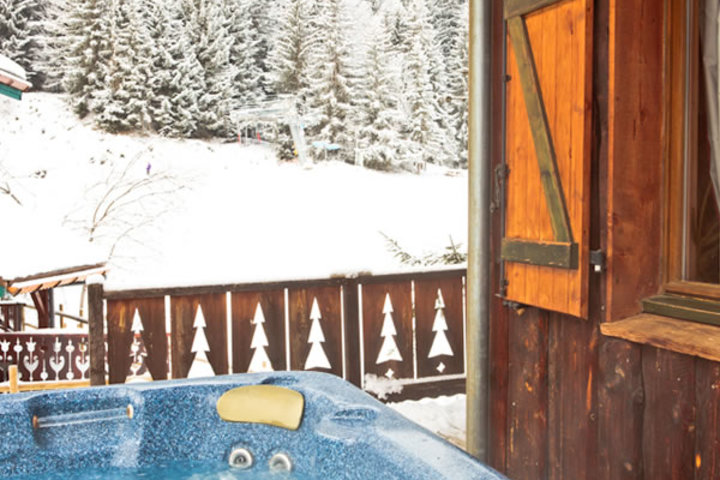 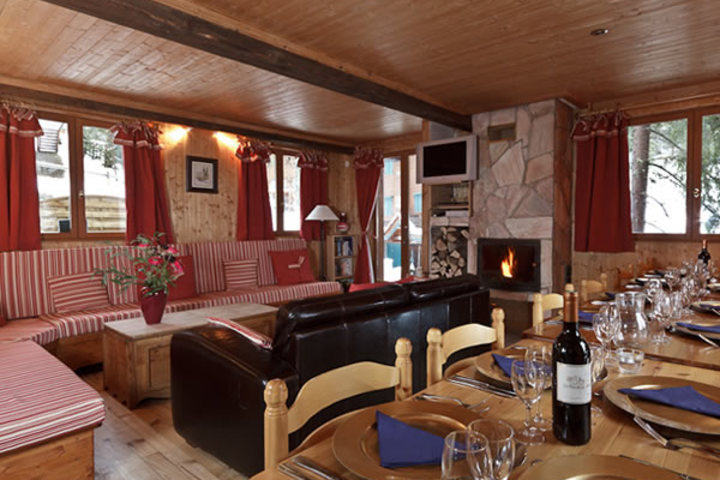 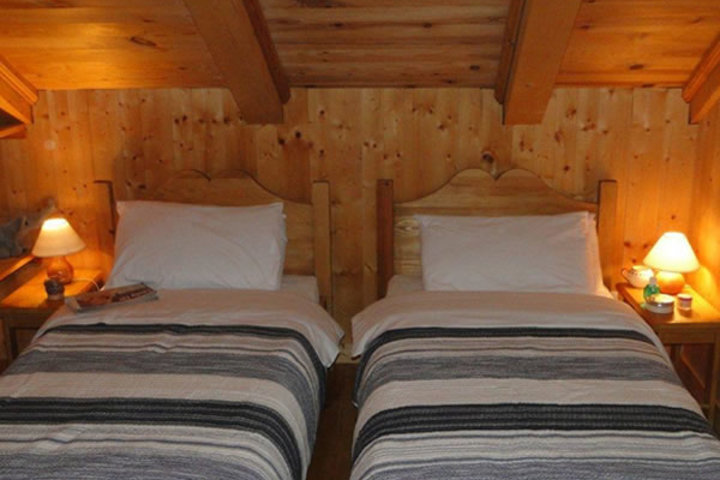 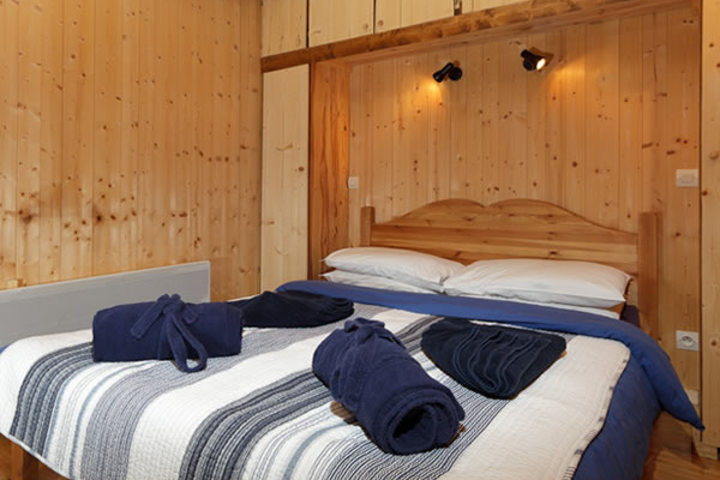 Chalet Dahu is a traditional pinewood chalet, in a great location, next to the blue piste and 250 metres from the centre of La Tania. There are five twin bedrooms and one double bedroom, all with their own bathrooms. Most have their own balconies, with excellent views onto the piste. The open plan living area is cosy and inviting with log fire, and a large terrace looking out across the piste.

There is an electric boot warmer in the ski room where you are able to leave your skis safely and enjoy the luxury of warm boots the next morning. With an outdoor hot tub for your enjoyment at the end of a hard day's skiing, this chalet ticks all the right boxes.

La Tania is ideally situated giving very easy ski access to both Courchevel and Méribel. A 12 person gondola lift links the resort with slopes above Courchevel and a chair lift heads up to the Col de la Loze to connect with the Méribel Valley, both journeys take a few minutes from La Tania.

La Tania is the newest resort in Les Trois Vallées. It is located in the Courchevel valley at an altitude of 1350m, in the heart of a pine forest. It is just over a mile by road from Courchevel 1300 and 4 miles from Meribel. Built for the 1992 winter Olympics, the village features "pretty" chocolate box chalets situated in the trees and a pedestrianised centre within easy walking distance from the chalet.

The village is self-contained with a number of bars and restaurants, cinema, tourist office, post office, supermarket and local shops. There is free open-air parking, or underground parking which costs approximately €45 a week.

The local hotel has a small gym with splash pool and sauna which is open to the public. Other activities include ice skating, husky sledges, paragliding, skidoo rides, and snowshoe walks.

Après ski in La Tania is leisurely and informal. The drinks are reasonably priced and the popular "Le Ski Lodge" provides regular live music and a great party atmosphere. Internet and Wi-Fi is also available in the resort.

Skiing in the Three Valleys:
The Trois Vallées covering Courchevel, Méribel and Val Thorens needs little introduction. It is one of the world's greatest ski areas, with over 600km of marked pistes and 200 ski lifts. The 1230 snow cannons, including snow cannons installed on the lower half of the Folyères run into La Tania, ensure snow cover is maintained to optimal conditions throughout the season.

One of the world's greatest ski areas, with over 600km of marked pistes and 200 ski lifts

Given the enormous size of this area and variety of piste, there is something for everyone from the perfectly groomed green runs for the absolute beginner to off piste for the expert. There is a Family park in Courchevel 1850 which has something for everyone to include a variety of rails, kickers, and a ski cross course. Beginners have the use of a free draglift on La Tania's nursery slope where they can learn the basic techniques and there are a number of easy blue runs above Courchevel for later in the week.