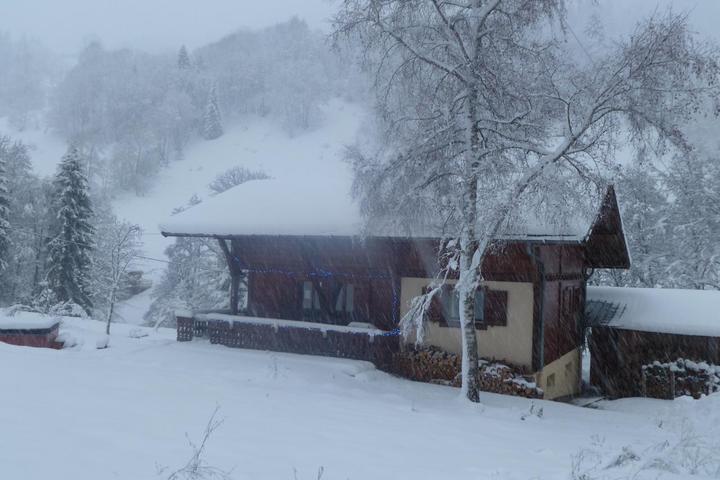 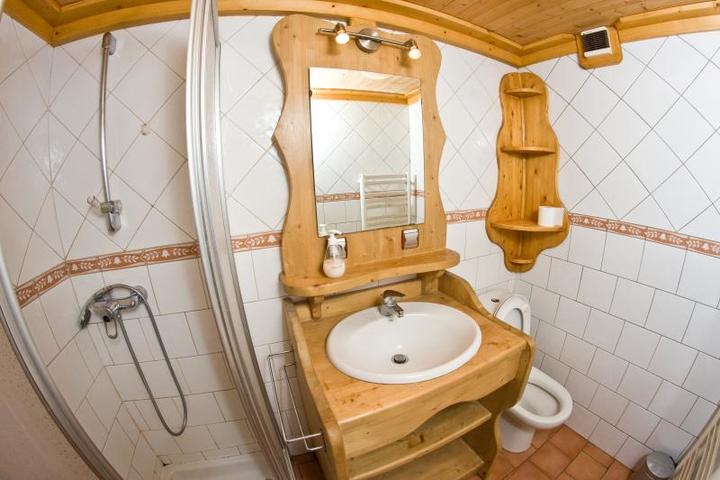 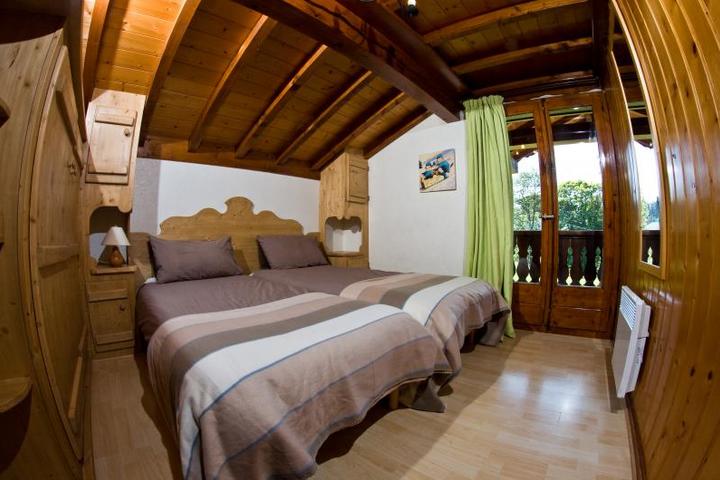 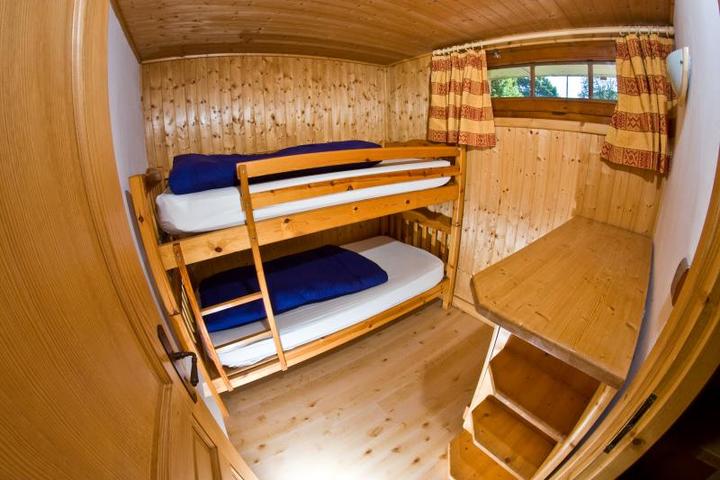 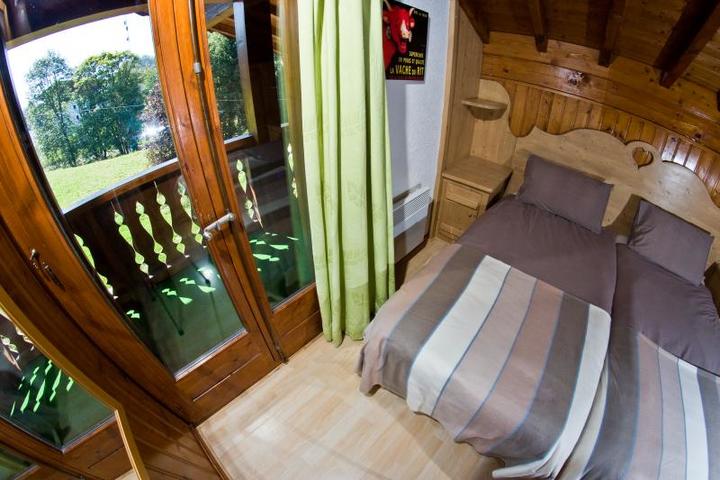 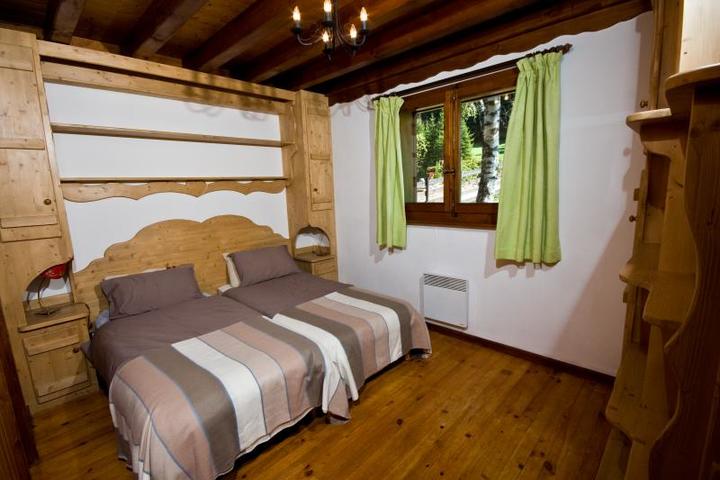 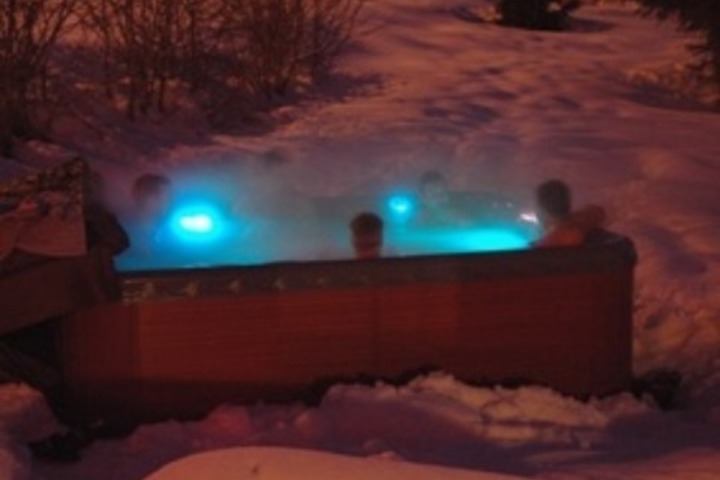 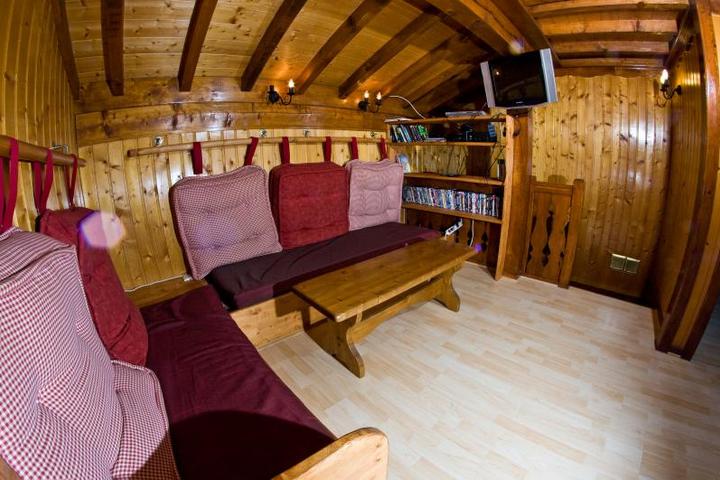 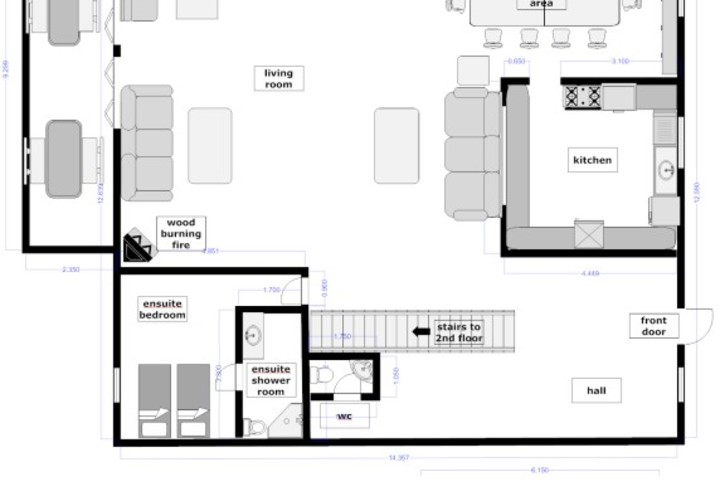 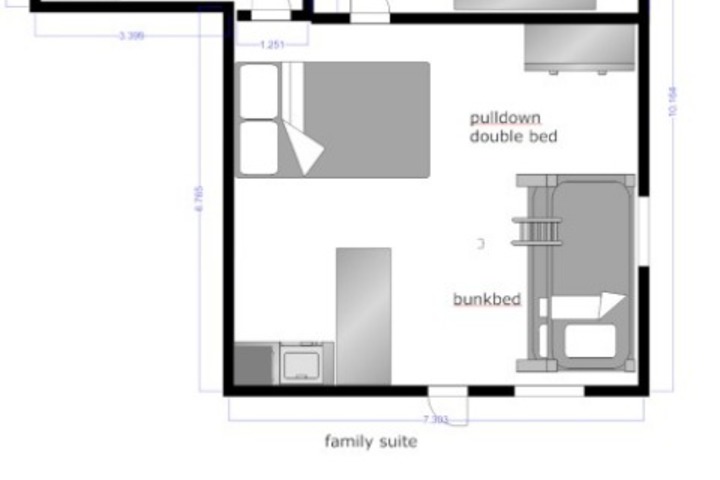 AlpExperience is a unique chalet company owned and run by Libby Clayton and John Scammell.

Chalet la Ravine is a traditional catered chalet in the beautiful village of Les Gets, available for ski or summer holidays. The chalet is just a 5 minute flat walk to the village and a ten minute walk to the nearest ski lifts.

We are passionate about the service we provide and do our utmost to ensure that all our guest have a great holiday experience. With 7 years experience in running catered chalets, all of our menus are carefully chosen, with something for everyone, and we can happily cater for food intolerances and other dietary requirements.

We have a great 10 seater hot tub just outside, so don’t forget your shorts/bathing suits; Its a great place to unwind with a glass of wine, after a long day on the slopes and to ease those aching muscles.

We offer daily transport to and from the ski lifts each day, to ensure you get to make the most of your time on the mountain and spend less time walking in ski boots!

All of the bedrooms are fitted out to a high standard, and the chalet normally caters for 12 guests, but can accommodate up to 14 depending on the make up of your group.

The main living space is open plan, with a large sitting room with leather couches and a fireplace. The dining room has a large table that is great for entertaining, and the kitchen is to the side of this. There also is a large balcony, with outside seating, that leads out to the hot tub.

Upstairs on the first floor there is a lounge area for children with TV, DVD Wii and plenty of books and games.

You will also have access to the chalets free WiFi throughout your stay.

There is a large heated ski and boot room, so your boots will be nice and warm for you in the morning.

The chalet is a 5 min flat walk into the village and we are on the route for the free Navette buses, with a bus stop just 50m away.

Our Catered Chalet Service includes:
~ Welcome reception with Fizz and canapes
~ 3 course evening meal, including complementary house wines, beer and soft drinks throughout the meal, + tea and coffee, served 6 nights
~ Children’s 2 course early dinner available for under 14’s
~ Breakfast with hot options 6 days with continental breakfast on our day off
~ Afternoon tea with homemade cakes 7 days a week
~ Chauffeur driven mini bus to and from ski lifts each day (excluding collection on our day off)
~ Fresh bedding, towels and bath robes
~ Use of all chalet facilities including 10 seater hot tub
~ Free WiFi, plus use of TV, DVD and Wii
~ Use of our heated, secure ski room at the chalet
~ Honesty bar stocked with wines, beers, a selection of spirits and mixers
~ Help with booking restaurants for our night off or lunch times
~ Advice and help on booking transfers, ski lessons, hire and passes

Our chalet is ideally located just 5 minutes by bus to the main lifts, and we will chauffer you to and from the slopes all days. There are 3 main start and finish points within Les Gets for your days skiing

Les Gets is based at 1172m, high up in the French Alps. The winter is packed with a host of events each week from "fire week" to dog sledding races, so there is a lot to keep you entertained off the slopes. Les Gets also has its own ski area of Mont Chery, which has 4 black and 5 red runs, which are a challenging test of your skiing skills. The summit of these is 1850m.

Les Gets' long history as a winter sports resort is proven by its status in being the location of the first Ecole du Ski Français which opened here in 1940. In recent years there has been heavy investment in state of the art lifts to whisk you up the mountain quickly. This is a very relaxed resort, ideal for families with a great range of shops, bars and restaurants. Breathtaking views and superb snow conditions make it an excellent resort.

There are several great spots for off-piste skiing and snowboarding, the best of which are; to the sides of 'Yeti', the long black run off Mt. Chammossiere and also by taking a short hike from the top of the Ranfoilly lift. the latter has been rated as one of the best off piste powder bowls in Europe. Not to mention all of the off-piste areas in Morzine and Avoriaz.

The snowpark is located on Mt. Chery, which is on the ski area on the other side of the village. A bus connects the 2 sides however it is just a quick to walk. The snowpark has kickers, a spine, rails, boxes, a boarder cross and a large air bag.

For children's skiing Les Gets has an area of the mountain for children only, le Grande Cry. This has 2 button lifts and several runs, all themed around trappers and Indians. They hold weekly treasure hunts for children.

In Winter there is an open-air ice-skating rink in the middle of the village.

The most modern area of the Portes du Soleil is the resort of Avoriaz, the self-proclaimed capital of snowboarding. Perched atop dramatic cliffs, this 1960's resort is unusually attractive amongst those built during this era, featuring wooden buildings of a distinctive character and a car free policy.

Avoriaz's altitude makes it the resort out of the 12 major resorts in the Portes du Soleil to have the best snow.

A traditional market town in the heart of the Portes du Soleil, Morzine is dominated by attractive chalets spread across a river gorge, bordered by partially wooded slopes allowing skiing in poor weather conditions.

The immediate terrain makes the area best suited for beginners and less-seasoned skiers and snowboarders, which has led to the resort being especially popular with families. However more challenging slopes can be found at Avoriaz via the Prodains lifts.

Morzine, at 1000m is the most northern of the French Alpine resorts and benefits from the regional microclimate between Mont Blanc and Lac Leman.

St Jean d'Aulps is a family resort in the Portes du Soleil ski area, and offers skiers the grandiose backdrop of "le Roc d'Enfer" down to la Chèvrerie. Chatel is a typical Savoyard village on the border with Switzerland. There are 3 main ski areas in the village, Super Châtel, Linga and Pre - La - Joux, the latter being the most convenient for the Portes du Soleil. There are a number of bars and restaurants.

The resort lies at 1200m, but many of the slopes are north facing and do retain the snow throughout the season.

Morgins is also part of the Portes du Soleil, but located in Switzerland, this village has kept a lot of its traditional charm and is not as crowded as the larger resorts in France. A fantastic holiday location for families with what must be the friendliest Swiss locals you've ever met. The resort is not a large skyscraping hotel type of place. Rather a mix of small traditional chalets owned by local Swiss families and several chalet operators. The village has a ski torch light descent each Wednesday during the winter which is open to all.

Les Crossets is a very small resort in the Portes Du Soleil again located in Switzerland. It is easily reached by skis from Morzine. It too also has a microclimate and allows splendid views of the Dents Du Midi. The famous Swiss Wall (an orange mogul run - not for the faint hearted) can be reached from Les Crosets.

La Chapelle -d'Abondance / Torgon stretches between France and Switzerland, these small resorts offer a very different taste of skiing in the Portes du Soleil. Torgon has it's famous Wall (again, not for the faint hearted), which is a steep unpisted orange run, and a real test of your skiing.

Champery is a charming Swiss village. Stop for a rest at the restaurant at the top of the cable car and enjoy the stunning views of the Dents de Midi mountain range

In the pretty Abondance Valley, at the gateway to the Franco-Swiss Portes du Soleil area, the French resort of Abondance offers a welcome change from the busier resorts, and has some wide sweeping blues and gentle red runs.

There is plenty to do in resort when you're not skiing. There is an ice rink, a bowling alley, a museum, parapenting, snow shoeing and hiking. there is also an excellent apres ski and night life scene, and some amazing restaurants to visits.

More properties in Les Gets

Need to see more properties in Les Gets: