Changes in Meribel for the coming ski holidays

This summer, both Meribel Mottaret and Meribel ski resort have introduced lift upgrades, following on from the first phase of improvements in the Saulire gondola that took place in the last summer. With Meribel challenged by only Val d'Isere in terms of the number of Brits arriving in the resort each winter, the installation of new and faster lifts is always great news and improves the resort attractiveness as a top location for a chalet holiday.

In Meribel, the second phase of replacing the Saulire gondola lift will come to conclusion by December of this year, whereas the first phase had completed in the last summer and has been operating throughout the last winter season. The upgraded ski lift will transfer skiers and snowboarders from the comfort of their chalet or ski apartment accommodation in Meribel to the top of the Saulire within 12 minutes only, comparing with the 22 minutes required by the older lifts. 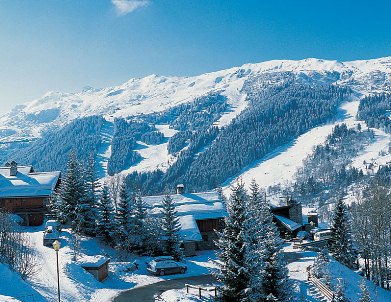 While improving the lift system the lift company also completed the first phase of the gondola, namely, Saulire Express 1 in the last summer. It has been providing quick services to skiers who want to go back to the mountain top direct from the mid-station. As soon as the Saulire Express 2, which is based in le Chaudanne gets completed, it will link the skiers to the Courchevel Valley at lightning fast speeds. The new lift will consume about €20 million, but will have a capacity for 2,400 skiers per hour, increasing the number to 2,800 during the peak season.

Apart from the newly launched speed gondola, the Plattières lifts heading from Meribel Mottaret to Val Thorens and Les Menuires are also all set for massive upgrades in this season. The contemporary 28 years old Plattières 1 and 2 are to be substituted by a speedy gondola – the first of its kinds in the three valleys. The new lift will whisk the passengers to the destination within 9 minutes, compared with the previous duration of 22 minutes. Having 10 seat cabins, the lift has the impressive carrying capacity of 2,800 skiers per hour.

A new lift hub is also going to be built for the new Plattieres lift in Meribel Mottaret, just across the existing lift station, and will cost a €17.2 million. Though Plattières 1 and 2 are being replaced this summer, the present Plattières 3 along with some new gondola cabins will remain unchanged.

For beginners and children enjoying a ski holiday in Meribel has just got much better. The Ourson rope tow installed at the foot of Mottaret's slopes will also be replaced by a more up-to-date magic-carpet lift, which is going to cost around €70,000. The beginners will also enjoy another development in Mottaret in terms of reshaping the Matre piste - one of the main tracks leading direct back to the resort and the main ski accommodation areas. The works will replace the steepest section with a gentler gradient. This project covers a 60m long section of slopes and is expected to cost about €2 million.

With the introduction of three new lifts along with other changes to the piste, Meribel will have spent more than €40 million on the development of slope infrastructure by the end of December 2012 — and that doesn't include the cost which is expected on Plattières 3 lift. This leaves no doubt as to how this resort is spending money to retain its status as one of the best ski areas in the world. With a hefty amount being spent on the adjoining resort of Val Thorens for new lifts, ski apartments, hotels and Wi-Fi on the slopes, the Three Valleys is still an amazing destination for your ski holiday in the Alps. Before booking your accommodation in Meribel it is worth checking out a selection of Meribel chalets. Both catered and non catered options are available. Alternatively we have self catered apartments in Meribel which are perfect for group or family ski holidays.