The season opens in Val Thorens 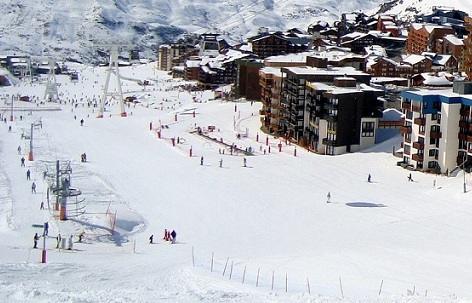 Last Saturday saw the opening of the 2012-13 season for Val Thorens ski resort. The season start has been far more promising than last year when the resort had to postpone the official opening due to lack of snow. Although temperatures have warmed up this week there has been plenty of low temperatures during November which has allowed the snow cannons to run and top up the snow from earlier in the month.

For the season opening there are 25km of runs in operation and vertical drop of just over 700m. The local lifts company estimated that there were over 2500 skiers in the resort over the weekend with a lot of the local ski clubs getting out for the first runs of the season.

The Ski Force Winter Tour hit the resort this weekend offering several popular ski brands for testing and also showing off the current season trends in ski wear. That combined with an on-piste DJ and live music made for a lively atmosphere.

All in all a great weekend on the pistes and enough to get us pretty excited about the upcoming ski season.