An amazing week in St Anton and some extraordinary snowfall levels

Mark Douglas writes about his ski trip to St Anton am Arlberg in January 2012 and how climate change is effecting the ski industry. Please note this article was written during the 2011-12 season.

Snow, snow, snow everywhere! The main slopes of the resort in front of me are hiding under a white blanket of snow, so is the case with the far side of the valley directly behind me. When looking upward, I feel white flakes fondling with my eyelashes; and looking down I find lots of snow forming great bastions at the side of the roads being cleared with a snow plough. In short, snow is everywhere, submerging every slope and surface but to my surprise the great accumulations are lying somewhat invisibly beneath me. The depth is 5.81 metres according to the bright sign installed at the lift station. Even the ski chalet that we are renting has 2 metre snow walls on the driveway. 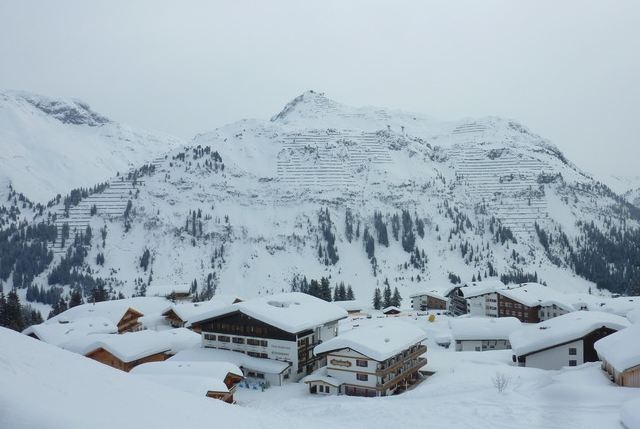 Where am I standing now? I am here amongst a lively group of skiers and snowboarders on holidays in St Anton, one of the most famous Austrian resorts that is at the top in terms of snow-depth this season. The heavy snowfall that arrived in the first week of January made news all over Europe, partially because visitors were stranded, but mainly due to fact that what looked like a disappointing season in December turned out to be an epic snow season just a few short weeks later. Having rented a beautiful St Anton chalet with full catering laid on we had the perfect setup for an amaxing weeks skiing.

The Alps received its first downpour of snow on 4th December 2011, at a time when stories about another barren ski season had been disappointing skiers all over Europe. By the end of the 2010-11 winter season, some reports predicted the lowest ever snowfall for the month of April, with a spring heat-wave also taking its toll on Chamonix, where the temperature was recorded to be 26C, the highest in the last sixty years. Of course no one can accurately predict snow. But seasoned ski holiday operators agree that British tourists are quick to forget just as they are quick to remember what conditions have been like their last time in the Alps. Normally, if a skiing resort receives a pretty good amount of snowfall in one season, skiers are expected to throng the same area in the upcoming skiing season. 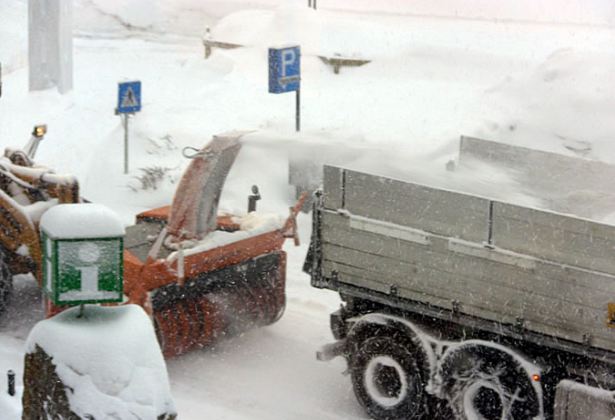 Other weather indicators can be considered slightly more reliable in terms of predicting snow. La Niña and El Niño are two significant meteorological phenomena that can be observed between Papua New Guinea and Peru, right in the centre of the Pacific Ocean. La Niña takes place when the ocean is warmer than normal, while El Niño happens when it’s cooler. These weather systems can predict unusual snow to hit the western part of the North America, but they alos have an impact on European ski resort but this is less well understood.

Just before the advent of the 2010-11 snow season, La Niña was announced as the Pacific was unusually warm. As per predictions the United States received great snow especially after Christmas. However, the Alps received almost nothing. Then in the 2011-12 season once again a La Niña was announced but the snowfall effects are yet to be assessed. Before last week we had been expecting the reversal of 2010-11, when the US received epic snow, while the Alps very little; however, the situation in this season so far has been completely different. To elaborate how perfect the conditions are this time, most ski resorts in the Alps are setting all time records for snow fall. The Paradiski area, connected by La Plagne and Les Arcs, is boasting to have received more snowfall than previously seen in the last 50 years. Likewise, Chamonix is posting photographs showing chalets completely enveloped in snow and struggling to keep road access open.

As for St Anton, which is located in the Vorarlberg region of the Tyrol, winter storms get in here from both the eastern and western regions, and snow also falls in great volumes. A brief review of the British Ski Club records shows that snow has been exceptional this season. According to the records, maximum snow levels were recorded in April 2003-04 when it was 4.5 metres; in another two seasons, 1998-99 and 1999-2000, it was more than 4 metres; however regularly the snowfall it did not hit even 2 metres.

This season, a 2.5 metre snow-fall has been recorded in the first week of January alone. It literally disconnected St Anton from other areas, with roads blocked, the train service suspended and ski holiday plans disrupted.

Last week, snow conditions were perfect in St Anton, with light snowfalls and cold weather keeping the pistes in top quality. The entire area was skiable, with all resorts filled with crowds of skiers, consisting mainly of German vacationers who were celebrating the Fasching holidays.

As far as the lower parts of the main ski resorts are concerned, there was extraordinary trouble in the pastures between the Galzig lift hub and the main town. Some chalets were completely submerged in snow with the exception of their roof tips bulging out to trip up fast skiers on their descending tracks. Going up the hill, the 14th century and satellite village of St Christoph, seemed as if it were carved out of the snow. A bit of an unusual situation caused a long queue in front of the St Anton chairlift as a local fireman cleared snow off the tops of the second floor windows of the Karl Schranz Hotel. 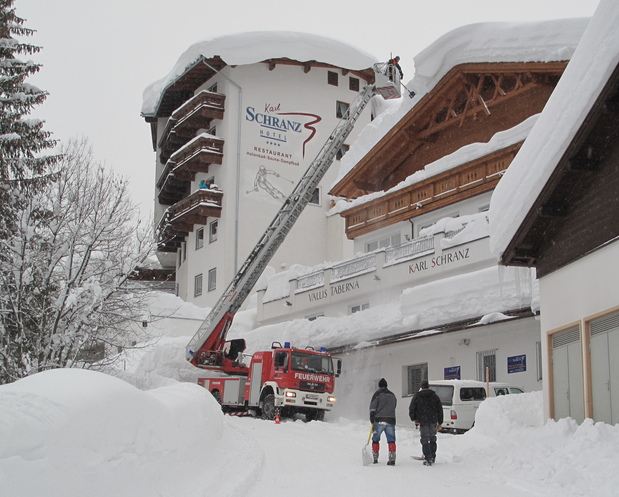 This sight reminded me of the enormous scale and the huge force of Alpine snowstorms. While going through the St Anton snow depths recorded in recent years, I noticed that in late February 1999 the snow surpassed the scale we have been seeing this winter. At that time the upper slopes had 6.5 metres deep of snow, which was certainly a case of too much of a good thing. A large number of slopes were shut down and ski patrols had to deploy explosives to clear potential avalanche areas. Apart from this inconvenience, Galtur, which is in the neighbouring valley, experienced a tragedy when the snow weight increased beyond the level supported by the towns snow defences and a sudden shear in one of the snow layers caused some 170,000 tons of snow to come racing downhill at the speed of 300km/h. The whole village was swept over and 30 people were killed.

As concerns regarding climate change are increasing, glaciers dwindling and winter sports enthusiasts lacking their traditional volumes, one could easily think that the halcyon days of regular heavy snow are nearly over. Clearly, two elements that cause snow showers include cold air and moisture. Although temperatures are rising globally, the winter temperatures in the Alps are still persistently low and capable of retaining the desired white blankets of snow on the mountains throughout the season. However, when it comes to moisture, it seems it is increasingly available because the atmosphere is absorbing more water as a result of the increase in temperatures. Despite hot debate on this issue, it is likely that the Alps will have snow sufficient for skiing, although at relatively higher altitudes, for many years to come and certainly well beyond 2050.

But what’s about snowstorms like that which hit St Anton during the early months of this year? Are we going to expect another round of snow just like the previous year? The simple answer is, Yes. Extreme weather conditions, including drought and simultaneous flooding in Australia in 2010 and the ‘Snowmageddon’ hitting the eastern coasts of the United States, are enough to predict that our climate will remain erratic into the future, largely thanks to the increasing amount of moisture in our atmosphere. And when there is moisture then more snowfall is also pretty sure. So get your ski gear ready and tackle the winter snow head on. It seems that global warming will not mean the end of ski holidays. It is in fact more likely that it will result it erratic and fierce snow storms that can provide tonnes of perfect snowfall.