New ski lifts and accommodation in Avoriaz and Morzine

Visitors to Morzine ski resort this season are enjoying the benefits from 2 new ski lifts that were installed over the summer to improve the links between Morzine and the other parts of the Portes du Soleil ski domain. The new lifts are on important runs linking Morzine with Les Gets and Avoriaz and are part of a €200 million investment in the Avoriaz region. The investment programme also included new ski accommodation in Avoriaz and an aqua park.

Avoriaz itself is a car free ski resort and the new Prodains cable car links the Prodains valley just outside Morzine with Avoriaz resort at 2000m. The old Prodains cable car was installed in 1962 and had a capacity of just 450 skiers per hour.

The new 3S Poma-Leitner cable way has 12-14 large cabins each holding up to 35 people and travelling at a speed of 7 meters/sec. This gives a much increased uplift of some 2000 people per hour and will resolve the issue of the long queues that sometimes developed at the Prodains lift in previous seasons. The total lift line is over 1500m long with almost 600 m of vertical rise. The new cable car operates from 7am to 11pm and is used not only by boarders/skiers but also by walkers, resort workers and general tourists who want to travel from Morzine to Avoriaz. 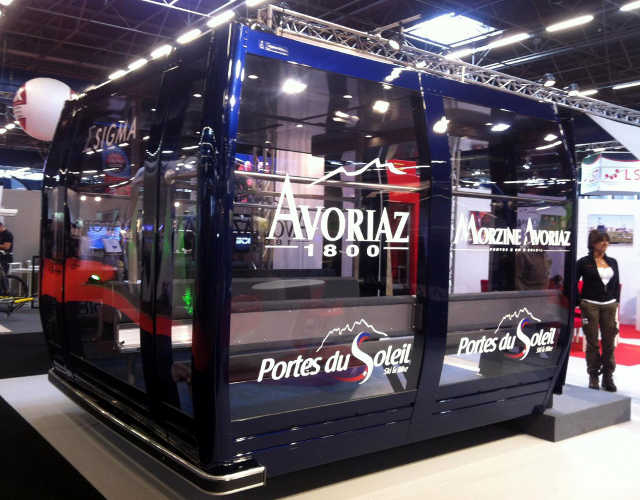 The old Des Troncs 3-man chairlift has also been replaced for the 2012-13 season and receives a brand new high speed six person lift. This new lift will improve access for skiers and snow boarders travelling between Morzine and Les Gets or trying to access the red and blue runs in the Chamossiere and Nyon areas.

As well as the new lifts for this ski season several new accommodation options are available in Avoriaz. Originally built in the 1960’s as one of the first purpose built French ski resorts Avoriaz has most of its accommodation in apartment buildings. For the 2012-13 ski season two of the older blocks have been fully renovated to modern 4star accommodation standards offering self catering apartments with luxury leisure facilities such as heated swimming pools, hottubs, saunas and 24hr concierge. On top of this two new Pierre et Vacances apartment complexes have opened offering 147 new 4 star apartments in the Crozats area and 100 5-star chalet style apartments in the new Amara area. On the restaurant front the new Amara district sees the opening of 2 new restaurants for the season with a new brasserie offering mountain style cuisine and a new fine dining restaurant. Both offer super views of the Aravis mountains and are ideal spots for sunset cocktails.

Portes du Soleil is one of the largest linked ski areas in the world and is a super location for a ski holiday. You can choose from high altitude apartments in Avoriaz, catered chalets in Morzine or plenty of quality ski apartments and chalets in the linked resorts of Les Gets and Chatel. The ski domain links both France and Switzerland and offers 650km of pisted runs and acres of off-piste areas.