With February being one of the busiest months for ski holidays, I’m sure that many of you will shortly be heading off to your favourite ski resort. Here is a quick update on the snow conditions that you can expect.

Last week saw plenty of fresh snow across Europe with both the Alps and Pyrenees getting fresh dumps. Across the water in the USA they are finally getting some good snow with over 40cm falling in the Colorado resorts.

In the western Alps the fresh snow falling onto moderately warm base layers means that an avalanche alert is in place for the Espace Killy area. Access the Tignes and Val d’Isere was briefly closed while the avalanche control teams worked to make sure that the main road access from safe for traffic.

Switzerland also had a fresh fall with about 20 cm in Verbier and perfect skiing conditions. Across in Courchevel and Meribel snow conditions are good but this week saw a lot of overcast and misty days which makes the skiing tricky. Temperature across the Alp have been a bit erratic with bitterly cold temperatures 2 weeks ago warming up to an unseasonal 3C in parts of Switzerland over the weekend. 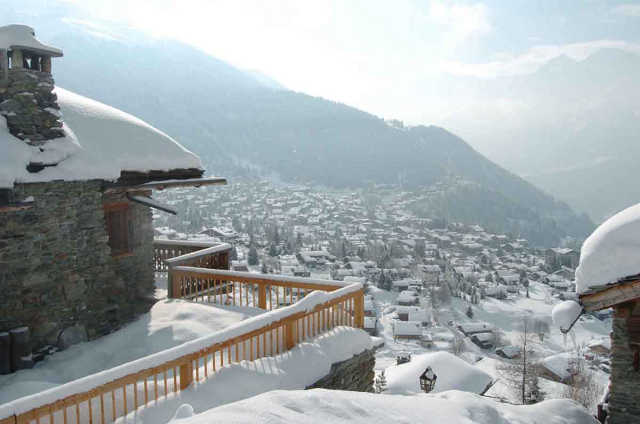 The slight rise in temperature has allowed a warm front to bring snow to Zermatt which benefitted from 50cm of snow over Sunday and Monday morning. Wengen and Saas Fee also saw some 30 cm of fresh powder.

The Pyrenees is having one of its best seasons in years with heavy snowfall continuing for over 3 weeks. Conditions in the Pyrenees ski resort are perfect on-piste with lots of fresh powder off piste. The French resort of Cauterets is boasting over 4m of base, a record for this stage of the season. In Andorra conditions are also superb and overall more snow (40-60c) is forecast across the Pyrenees for the coming week.

The North America resort had better snow in the last week. It has been slow start to the North America ski season but last week Vail had almost 70cm of snowfall which has left the pistes in very good condition and Breckenridge had 40cm and opened the Imperial chairlift for the first time this season.

The Avanti Run in Vail 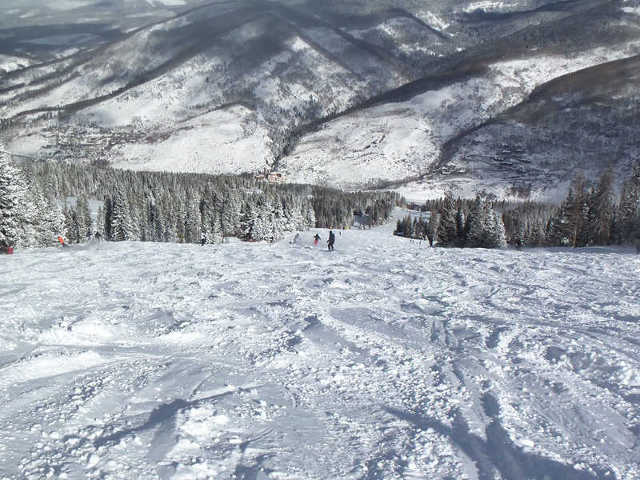 Mammoth received a 50 cm top up that brings the snow base in the California resort to almost 5m.

Canada has not missed out on this weeks snow action and Fernie in particular had a major dump with almost 90cm falling in the last 7 days. Across in Banff and Sunshine it has been snowing lightly all week and conditions overall are excellent.

For Austria the last week was a little disappointing with very little new snow. On piste conditions are still very good but the off piste is pretty skied out at this stage and also getting crunchy due to the recent thaw. Kitzbuhel and Obergurgl had the most fresh snowfall with 10cm and 11cm respectively. Don’t worry though as all the main Austrian ski resort have snow bases of at least 40cm to 1.5m depending on the resort level with places like Lech, Solden, Ischgl and Hintertux having over 2m cover.

Further east in Bulgaria another 20cm fell in the last few days to top up the slopes. In Bansko and Borovets the top runs and showing over a meter of cover while in Pamporovo the base is almost 2m at the moment.

The France alpine resorts continue to have excellent snow conditions. Chamonix’s 3.5 meter of snow has finally been surpassed by the Pyrenees, something which doesn’t happen too often. The Alps has not missed out on the recent snow and Val d’Isere, Tignes, Flaine, Avoriaz and Val Thorens have all reported 20-30cm of fresh snowfall. 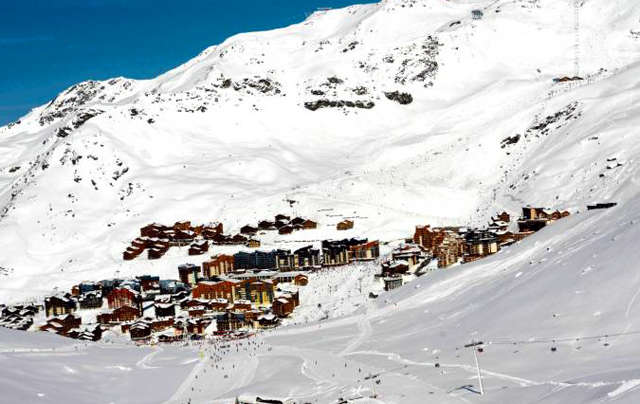 On the Italian side of the Alps it has been a bit of a barren week snow wise but the cold temperatures has maintained the slopes in condition. The Dolomites has the best cover at this stage of the season but both Cervinia and La Thuile can still claim more than 2m of snow cover.

That’s it for this update. Overall if you are heading off on you ski holidays this week then conditions are looking good in most resorts.