Top 10 ski runs in the world

For the common man, snow is made up of water; but for an adventurer who loves to be on mountain terrain, the soft white stuff is much more like 75% adrenalin. Awe-inspiring drops, soaring trees whizzing by and life threatening cliffs are more than enough to challenge your skiing or boarding skills. If you are fit and keen enough and think you can defy the force of gravity on some spine-chilling ski runs, then here are our top 10 ski runs to explore on your next ski holiday.

In Eastern Canada, this resort is easily accessible. Within an hour from Montreal, Tremblant is one of the oldest ski resorts in this part of Canada. It offers four different mountain sides with 94 runs and 19 lifts. With over 600 acres of varied terrain there is lots on offer for thrill seekers. Try the Dynamite run, a double diamond on the north side of the mountain. With a 42 degree slope this is not for the faint hearted.

The four mountains of this area are popular all around the world, especially due to the terrain that welcomes skiers and boarders of all abilities. Notably, the real experts are impressed because of the presence of hundreds of attractive acres stretching off the mountain’s backside where free riding in the backcountry is just endless. The pros head for the Aspen Highlands area. The vertical rise here is one of the highest in Colorado and from the top of Loge Peak there are just acres of off piste trails to enjoy. 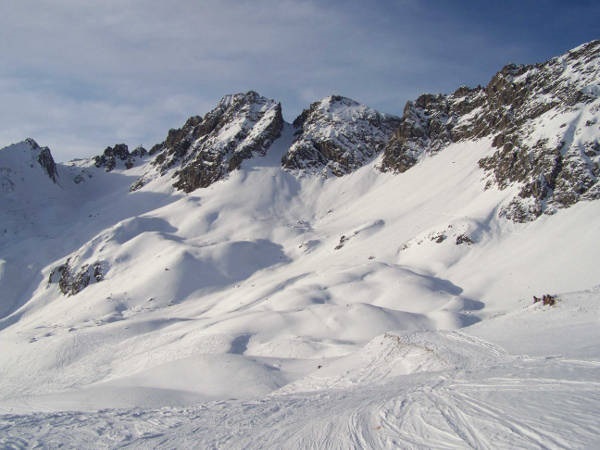 Famous as the host of the Olympic Games in 1956, Cortina is flanked by the rocky Dolomite Mountains. It is the main destination of any thrill seeker who is on a winter itinerary in Italy. Apart from 52 lifts and 87 miles of groomed runs in central town, the area offers bobsledding, high-speed tobogganing, and snow rafting. Often considered one of Italy’s and indeed Europe’s most stylish ski resorts you will not find too many hard core off-pisters here. Some of Cortina's best skiing is on the Tofana mountain which include the infamous Stratofana descent, introduced for the 1956 Olympics. The Forcella Rossa, or the Staunies run in the Cristallo area are also very enjoyable.

This one needs guts! Combined with cliffs and crevices at around 4,000 meters on the mighty and striking La Meije glacier, La Grave is among the hardest ski runs in the region. The run is unmarked and unpatrolled and undoubtedly one of the hardest run in Europe. You are likely to need crampons to keep your footing so I think that says enough. You get to experience extreme wild skiing with a mountain guide of course.

Dare to hit one of the scariest ski runs on Earth? If the answer is yes, then Black Hole in Smuggler’s Notch is for you! With mostly glade forest on the run, you will need to pick your way through branches while gliding down at 53 degrees angle. Regarded as a triple black diamond run, it challenges you to keep from falling as well as from smashing into a pine tree. So, avoid looking at the trees; focus on the white space between them !!! 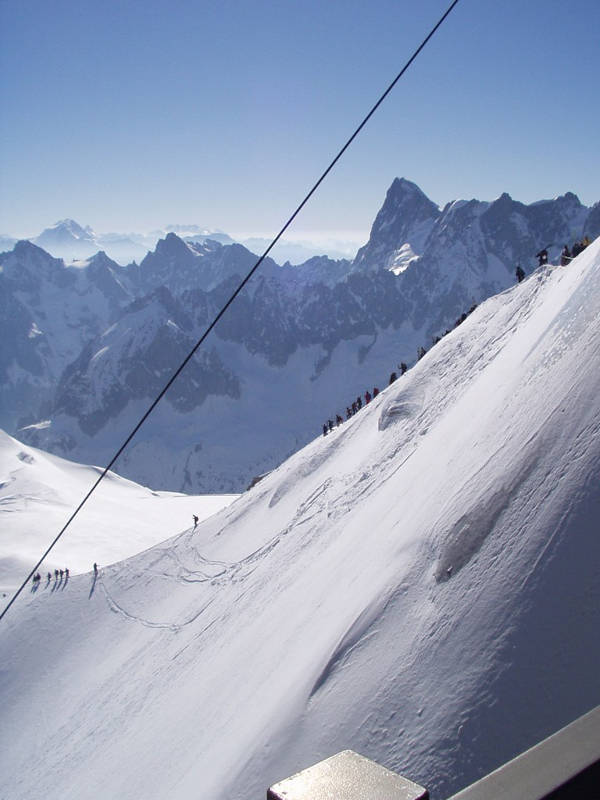 Welcome to the home of most breathtaking Alpine scenery! Skiing in the Italian Alps is just awe-inspiring here! Soaked in limestone cliffs converting into pink as sun moves into the west over the calm pastures, Sella Ronda is a huge network of approximately 40 km of runs interconnected by 11 km of lifts, jovial mountain huts, and innumerable villages along the way. The route was originally a means for the locals to get from village to village. The skiing is not that difficult but thoroughly enjoyable. Start early to explore it easily in a day.

Located in Davos and accessible through the first true skiers' funicular rail, this is the hometown of Alpine skiing. The railway will quickly take you up to Weissfluhjoch at 2,662 metres. From there it is like boarding on an epic trip through pine trees and forest, passing by the cheerful mountain huts that are often kitted out as ski chalets and bars, and then down to the valley. The Parsenn, which links the Davos and Klosters ski resorts, really is the cradle of skiing in Switzerland and home to some epic on and offpiste skiing. The longest run is a 12km drop into Küblis.

Dare to challenge death? Then, try this one! Nestled in St. Anton, this one is the origin of modern ski technique that attracts advanced skiers mostly due to vast powder-filled bowls stretching down from 2,811 metres. Scariest is the descent that mandatorily requires an experienced guide. The guide is even needed for carrying the gear into the coffin-like standing cable car. The run can be reached from either the Schindlergrat chair lift or the last leg of the Valluga cable car. The steep gullies can be called a number of things – difficult, exhilarating, terrifying, or simply crazy—depending on your opinion. There plentiful mogul fields and the extreme Schindlerkar gully or Mattun run will certainly make the hairs stand on your neck. Watch out of the south facing parts of Valluga, the snow can melt leaving you with spine tingling sheets of ice and slush.

Situated in Jackson Hole, this one is the most notorious runs, starting with a leap from a steep cornice. Some of the scariest features are a free-fall of 20 feet, steep landings that call for quick turning and narrow chutes dropped on 55 degrees slopes. Few manage to say on their skies for the whole of the run. This one is only for the best skiers !!!

This was where the Winter Olympic Games took place for the first time in 1924. Located at the foot of Mont-Blanc the highest Alpine peak, it ranks second in the list of highest ski areas in Europe. The resort town is admired for its lifts that serve up a vertical drop of 2,809 meters and one of the planet’s longest ski runs at 21km known as Vallee Blanche. The Vallée Blanche starts at the top of the Aiguille du Midi and depending on the time of year run right down into Chamonix town centre. It is unmarked, not pisted, covered with hidden crevices and unpatrolled but this high mountain off-piste ski route offers some of the most spectacular scenery in the French Alps. Take a guide of course.