The Resurgence of Skiing

The last couple of years have been tough for skiing. The world’s travel ceased entirely, and for many, a ski trip was the last thing on their minds.

However, interest has exploded once again thanks to a perfect storm of eased travel restrictions and the Beijing 2022 Winter Olympics. Many are now scrambling to book their ski holiday breaks, with flight operators adding thousands of additional seats to ski destinations, and accommodation being booked months in advance.

At allChalets.com, we’re thrilled that the industry is once again edging toward normality and decided to dive into the data behind this latest surge in interest. Where in the UK has experienced the biggest increase in interest? Which destinations are people most interested in?

Our findings are below. 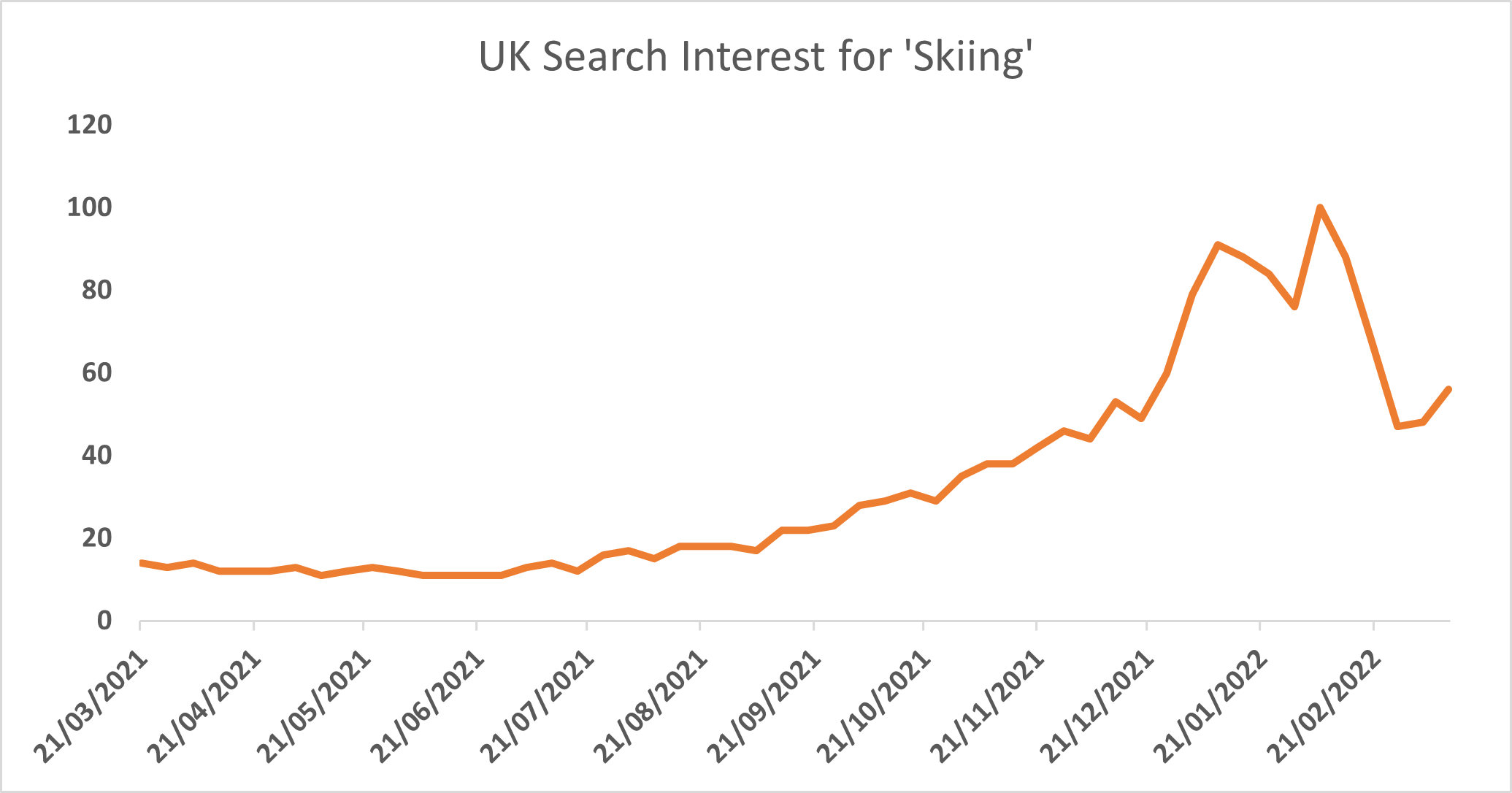 How to book a ski holiday

Are you thinking about booking your next ski holiday? Want to avoid the stress and pitfalls of searching through a myriad of options, resorts and service levels. Let the team at allChalets smooth out the process and take the stress out of finding your perfect ski holiday. We have booked thousands of ski holidays, offering everything from catered and self catered chalets, hotels or self catered apartments. Our consultants will make the process of booking your holiday easy and stress free. 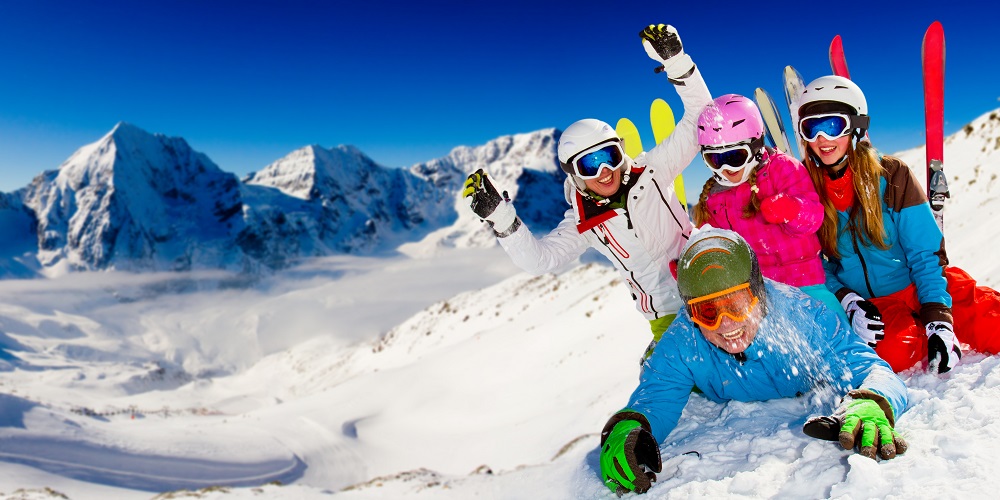 Before starting it is important to set out a few general guidelines that will help you understand what is most important for you in your next skiing holiday.

If you haven’t been to Alpe d’Huez (ADH) before then there is an awful lot to read and digest in order to fully appreciate why ADH is a MUST-GO ski resort.Winner of the ‘Best Ski Resort in Europe 2017’ Award but it could easily win it most years and there are plenty of reasons to back this up.

Ever heard of Tomorrowland?One of the worlds largest music festivals, it started in 2005 and has the very best and famous Electronic Dance musicians such as David Guetta, Avicci and the Swedish House Mafia to name a few.In 2019 though, Tomorrowland has made the decision to be hosted for the first time by a Ski Resort and where did it choose?Yes you guessed it, Alpe d’Huez.For a week next winter the town, the bar, the piste and the off poste will be rocking to the sounds of Electronic Dance.

The Sarenne Glacier:Starting from the Pic Blanc at 3330m, a sea of ice flows down towards the Sarenne Gorge.You want a snowsure resort!Well ADH is exactly that.The Marie hasn’t rested on his laurels though and in 2016 the Marie’s Office commissioned the addition of snow-cannons to the lowest part of the gorge, meaning that the entire 17km Sarenne Glacier run is snow covered once the season gets underway.Graded as Black it’s the longest black run in Europe, but in reality its only the top section that’s black, most of the run down is a mixture of red, blue and green.

Skiing in France – where should you holiday next?

Ok so we all know it has been a slow start to the 2015 ski season in Europe. The warm and dry conditions made slopes look a little too green in some Alpine resorts over Christmas and New Year. But winter always arrives and early January has seen some big dumps across the main French resorts. So if you haven’t yet booked your next ski holiday don't worry as there is still 3 months of skiing in most resorts.

Bad news for ski holidays in Switzerland as the Franc soars

In an unexpected and somewhat surprising move the Swiss central bank has removed the currency supports between the Swiss Franc and other foreign currencies. This prompted chaos on currency markets yesterday with some financial firms even going bankrupt as a result.

The bad news for the financial markets is also bad news for anyone planning a ski holiday in Switzerland. With the currency rising almost 30% against both the euro and sterling the price of everything in Switzerland just got 30% more expensive.

Due to a recent change in local labours laws Swiss ski resorts are already seeing reduced interest from UK ski holiday companies and as a result less UK skiers and snowboarders. This new hit of an additional 30% price increase is not what the local ski industry needed just now.

Only time will tell but it seems that Swiss ski resorts might be looking a little quieter for the foreseeable future.

Heavy snow fall across the Alps

It looks like winter has finally arrived in the Alps. Up to 70cm of snow has fallen in 24 hours and while the snow is more than welcome it has caused travel problems across the region.

The worst of the travel chaos is in France and Switzerland where it snowed very heavily on Saturday. The snow storm is now moving eastwards across Austria although it is gradually loosing strength.

Needless to say the snow has been very welcome in resorts across France which were suffering from a lack of snow so far this season. Many resorts which were closed or had only partially open runs will now be able to open fully for the busy New Year period. Val d’Isere saw some of the biggest dumps with 70cm of powder, Meribel and Verbier had 55cm and Les Gets saw some 30cm.

Traffic conditions on the French motorways are particularly difficult and all travellers are adviced to use extreme caution when driving. 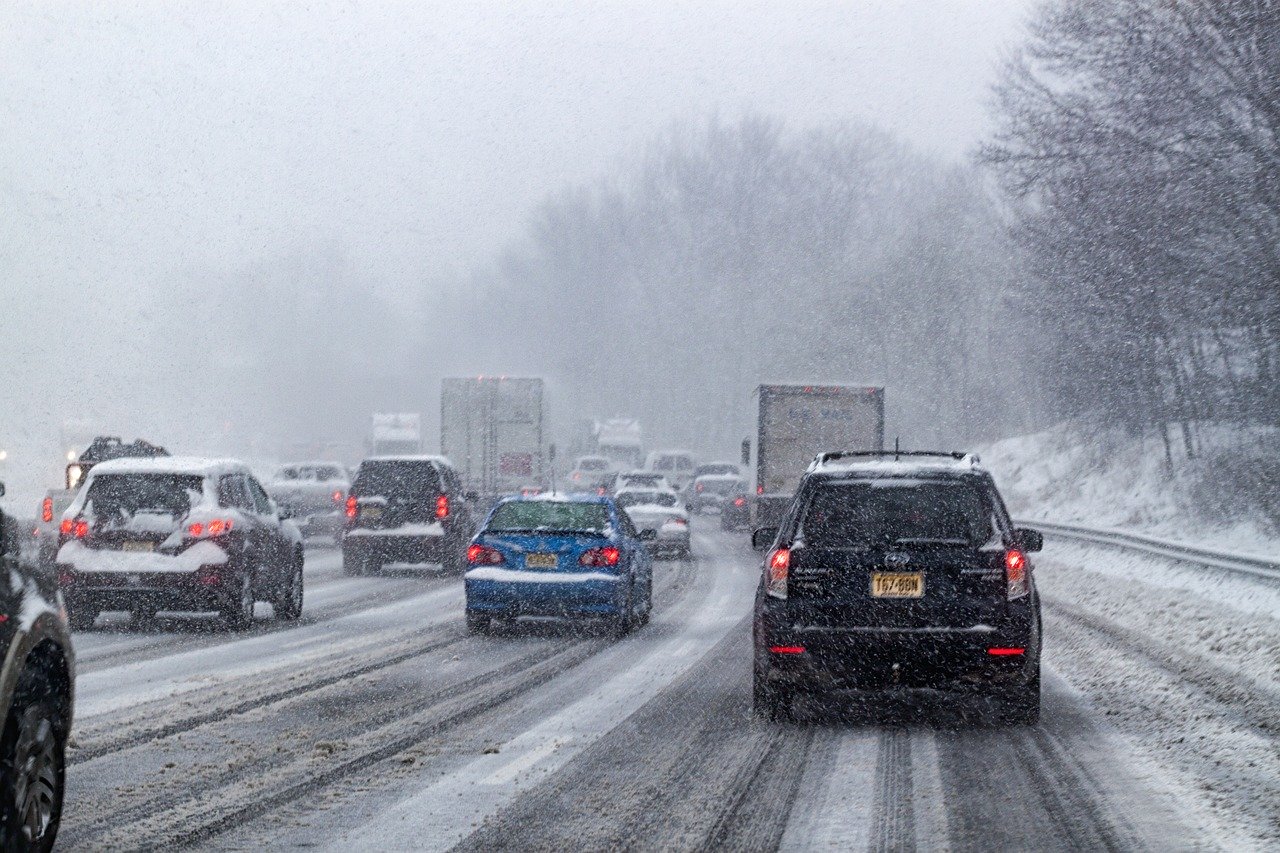 Despite the travel problem even one in the resort is more than happy to finally see a good amount of fresh snow. With a drought of snow during December most resort had been relying on artificial snow on high altitude runs. This dump will finally see most resorts fully and just in time for the ski holidays. Roll on the winter season.

Morzine earlier in the week. Looking a little green ... 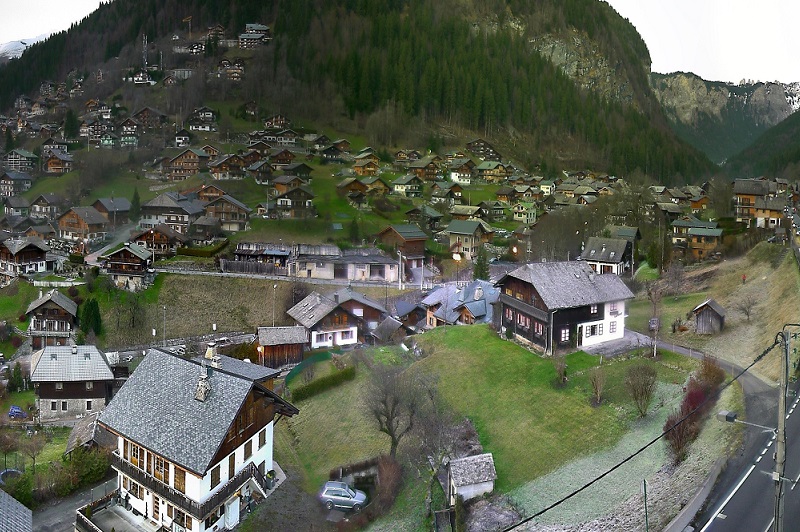 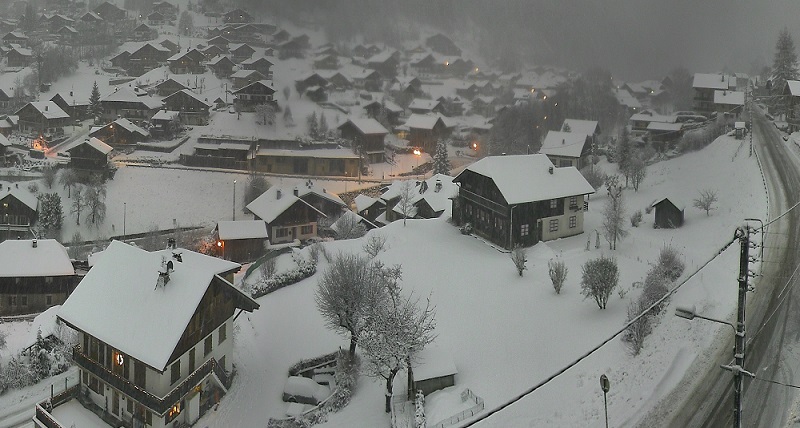 Crazy off piste run - you have to watch this

With the season just barely kicking off we already have one of the most amazing ski videos of the year. Watch Cody Townsend straight line the couloir know as The Crack in Tordillo Mountains in Alaska.

The chute is so narrow it is hard to believe that someone can actually fit through the gap, not to mind doing it while skiing at over 70 km/h. This is one ride you definitely don't want to mess up.

Check out the video below.

Solden to get the 007 treatment

With the launch this week of Spectre, the latest James Bond film, is seems like the charming secret service agent is getting back on skis. Earlier this week director Sam Mendes revealed that the latest film will be produced in Pinewood Studios and shot on location in London, Mexico City, Rome and Tangier and Erfoud, in Morocco. Mr Bond will tackle the snow once again, this time in Solden and also in Obertilliach and Lake Altausse in Austria.

It will be interesting to see Daniel Craig’s technique on skis but for sure it will be hard to beat the classic ski chase from The Spy Who Loved Me. Interestingly this was also shot in Austria in 1977 with Roger Moore as the star. Could the yellow onesie make a comeback ?

Of course skiing, snow mobiles and indeed general mountain craziness has always been part of the Bond stable of tricks.

And Pierse Brosnan also showed us his off piste skills in The World Is Not Enough (1999).

If you are a Bond fan and would like to time you ski holiday around the same time as the filiming then you should check out these dates. According to the Solden Cable Car company the expected times of fiming for the Spectre movie are as below. There may be road closure and lift delays at certain times.

Estimated filming times in Sölden are as follows: 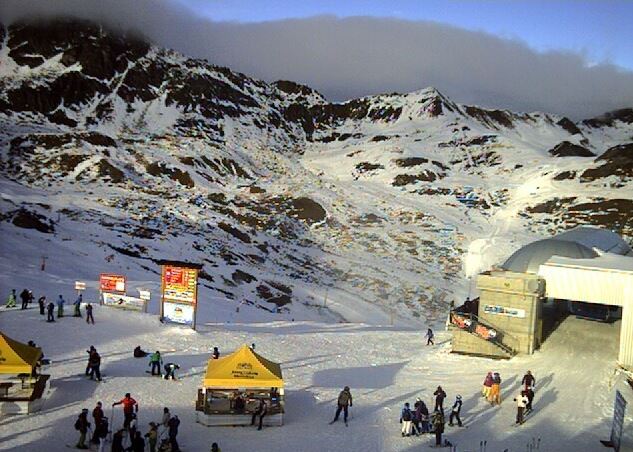 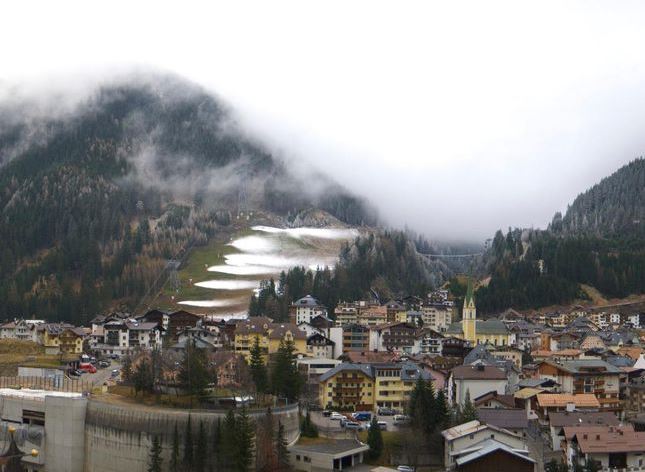 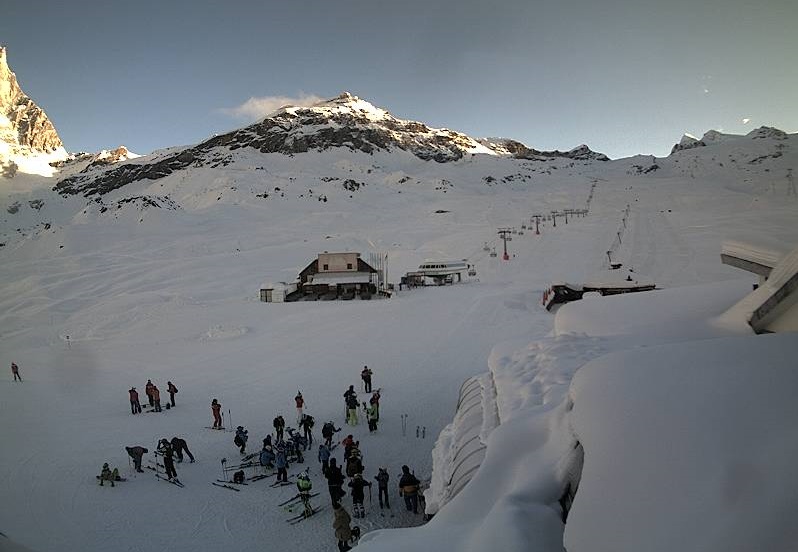 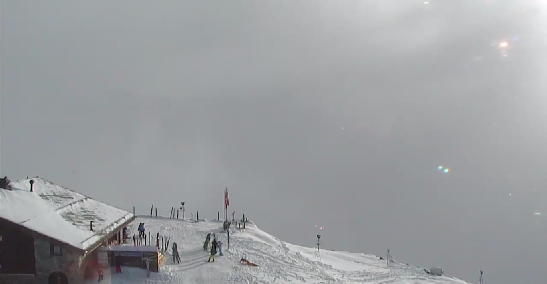 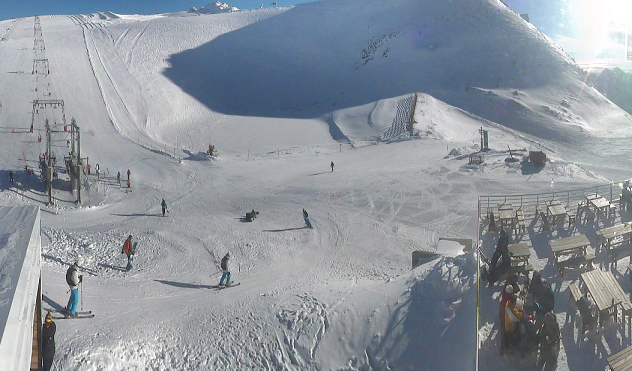 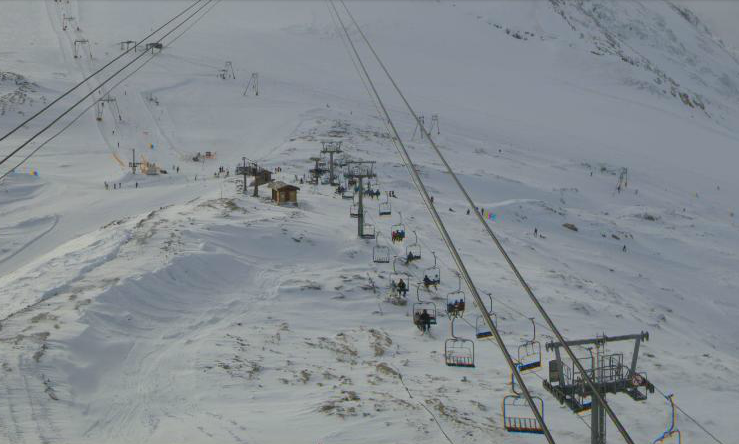 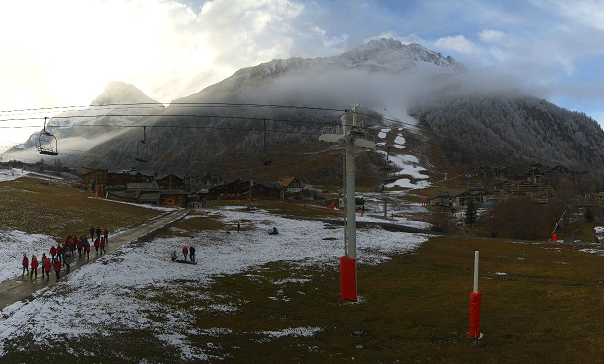 With the ski holiday booking season starting to ramp up we thought it might be useful to take a look at some of the popular ski resorts across the Alps. France, Austria and Switzerland remain as popular as every this season. So far this year in terms of individual resorts the most enquiries have been for the resorts of Meribel, Chamonix and Val d’Isere in France, Verbier and Zermatt in Switzerland and St Anton in Austria.

Check out our infographic below to see the pros and cons of these six ski resorts. Click on the image to see a larger version with all the facts. 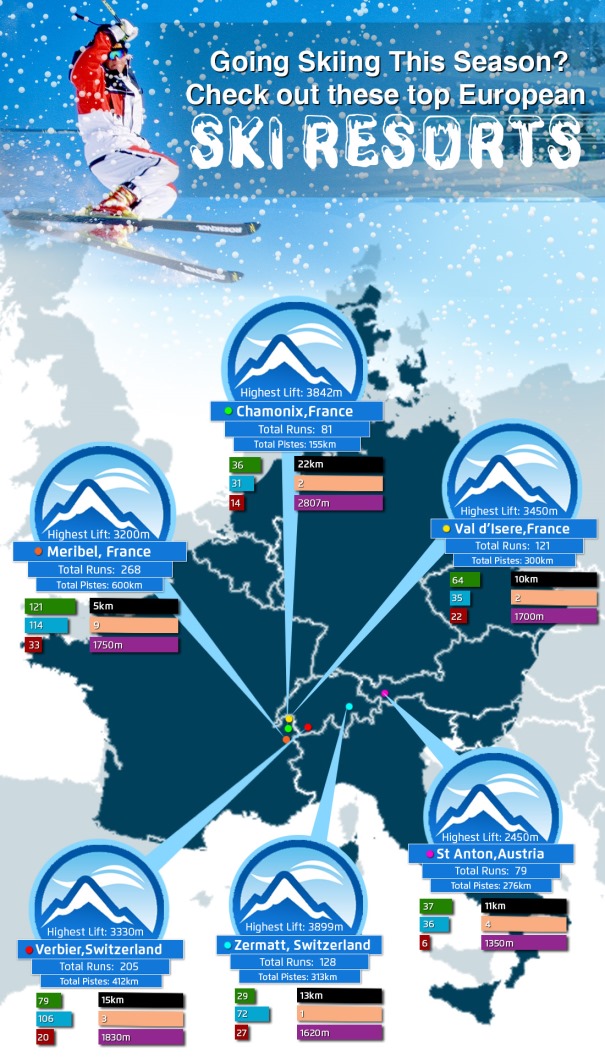 Here is a summary of the major facts and figures.

Hopefully this gives you something to think about when you are planning your next ski holiday. If you need ski accommodation in these resorts we have a huge selection of chalets or ski apartments. Check out the links below to view the accommodation in each resort.

Verbier – Zermatt – or all ski accommodation in Switzerland

St Anton – or try all ski chalets and apartments in Austria