The Chalet is ideally located on a quiet street only 300 meters from the gondola ski lift. The house is consist of 4 rooms and 1 apartment each one with bathroom. Every room has unique mountain view. Can accommodate up to 15 persons. Private parking place for three cars. Suitable for team buildin... 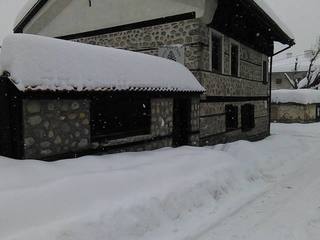 Fantastic old traditional house with modern cosy interior suitable for large groups, located in a quiet residential area of Bansko close to the centre of so ideal for all shops,pubs,restaurants and ski lift. With a nice enclosed private garden with BBQ area with patio tables chairs and sun lou... 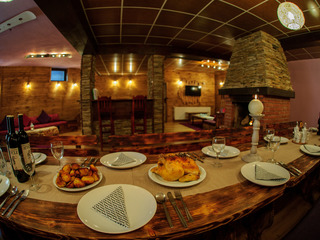 Located in a quiet part of town just a 5 minute walk from the Restaurants and Bars, Snow Pine Chalet is our latest venture offering fully catered and Bed &amp; Breakfast style accommodation. Hosted by Martin, it is our aim to give 1st class service giving an excellent price package and personal... 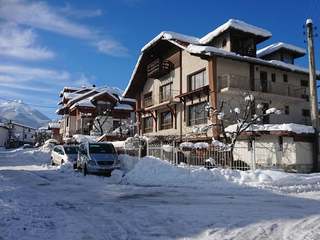 Our lovely newly refurbished house is located in the centre of Bansko in a quiet residential street and is a 2 minute shuttle drive to the ski lift.On the groundfloor there is a kitchen dining room and built in sauna room. On the 1st floor there is a cosy social room with 3 bedrooms.On the 2nd f... 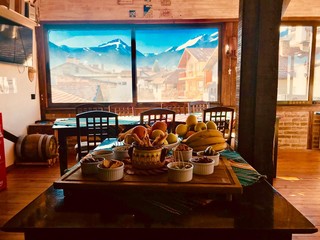 **2019 Certificate of Excellence** Total Chalets - Chalet Garibaldi sleeps up to 20 people with 8 modern en-suite bedrooms. Available on a room by room basis or for exclusive use. Lovely traditional features such as dark wood beams and exposed brick-work. The sunny dining room with mountain v...

Total Chalets - Chalet Mila. Sleeps up to 18 guests, available on a room by room basis or for exclusive use. The chalet is ideally located, just 5 minutes walk from the historical old town and main street in Bansko where there are an abundance of local shops, bars, restaurants and night clu... 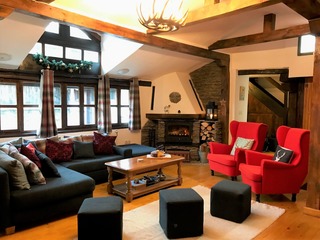 Total Chalets - Chalet Jora, is ideally located only 150m from the historic old town and close to the vibrant Bansko nightlife. The main ski lift is a short walk away, however we provide daily shuttle services in our private minibus. The chalet is an old building which has been renovated to a... 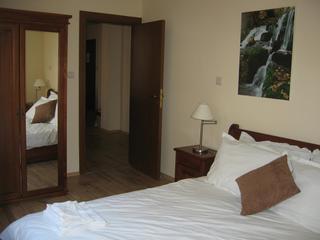 Comfortable, cozy, modern, bright apartment in a quiet but central Bansko location suitable for couples, families, and groups. Only 2 minutes walk to Bansko town centre where you can visit traditional Mehanas (tavern/restaurant) and aprés-ski venues in the historic cobble-stone streets. High qual... 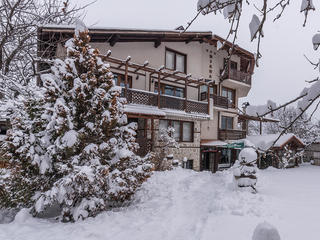 The all-singing, all-dancing Chalet Diana-Ross is conveniently perched between Bansko’s historic old town and the lively new quarter, placing you at a 10-minute stroll from taverns, bars and shops. What’s better, with our complimentary shuttle service running morning and evening, the gondola is j... 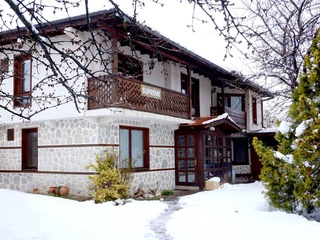 Great & cosy sole use chalet for groups wanting their own private space.

The charming Chalet Supreme sits within the large private grounds of its bigger sister Chalet Diana-Ross. Nestled on the edge of town, it’s a tranquil base whilst still only being a 10-minute stroll from the lively bars and shops. The chalet’s intimate surroundings make it perfect for families an...

The unique Snomads Chalet Prince is a perfect base, constantly popular due to its superb location. It sits a short stroll from Bansko’s bars, taverns and shops. A welcoming retreat for those looking for an authentic chalet experience. This chalet boasts a traditional subterranean Bansko style ... 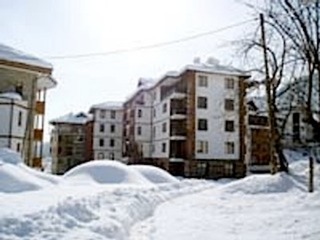 Apartment with pool, jacuzzi, sauna, gym, & only 3 minutes to slopes

Welcome to my website for apartment 59 in Predela 2 Bansko. A spacious apartment, in a luxurious complex only three minutes from the slopes, available for as little as £100 per person per week. The Apartment is newly built (2009) and furnished ready for visitors. It is a special place in which to... 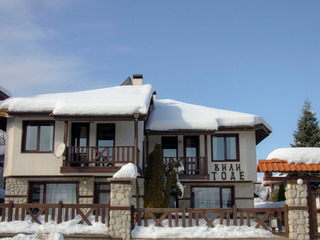 Two beautiful attached villas with a big private garden in the center of Bansko for up to ten guests. It is around 1.5km from the gondola ski station and next to the impressive Glazne River. Each villa consists of two master bedrooms, a big fully equipped kitchen with a comfortable dining table,... 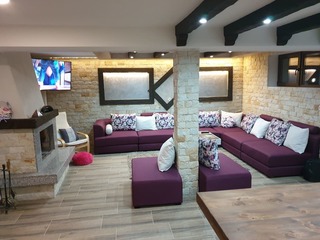 We are pleased to welcome you in our newly built lovely house in Bansko located just few minutes walking from the Gondola station and all surrounding facilities restaurants, shops, bars …. And you can book now at a discount rate …. It is perfect for a skiing holiday with your family and friends... 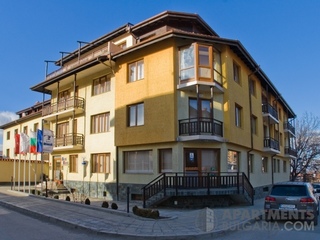 Mont Blanc is a cozy aparthotel near by the cabin lift

The aparthotel is offering nice and spacious accommodation at most reasonable price, just 5 minutes walk from the Gondola lift and also from the centre of Bansko. Available for short- or long-term lettings are 30 one-, two- and three-bedroom apartments, each one beautifully furnished and fully fi... 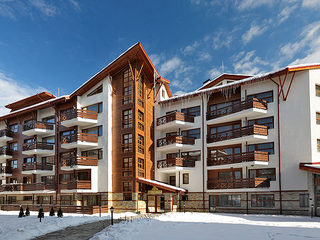 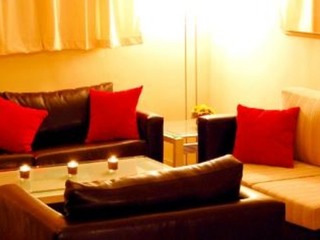 Self catering apartment in Bansko

This is a luxury one bedroom, self catering apartment that is ideally located between the gondola base station and the town centre. The apartment is fully furnished and offers accommodation for up to five people with a double bed in the bedroom, and both a double and single sofa bed in the living... 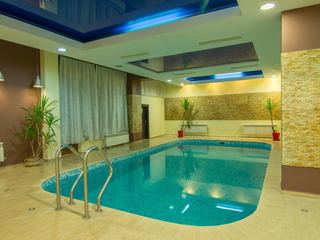 Chalet Valentina Heights Bansko 1. We are the closest chalet to ski lift in Bansko. 2. Also the most luxurious chalet, with our own SPA with heated Swimming pool, Sauna and Jacuzzi. 3. Bar on-site open till late, Sport channels, well stocked up with import spirits, local beers and quality h... 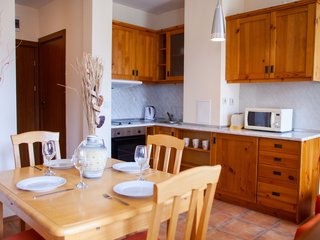 Located within 10 minutes walk from the Gondola and 5 minutes walk from bars, restaurants, pubs and night clubs. Our two bedroom apartment offers comfortable accommodation for up to 4 people. The apartment consists of living room with fully equipped kitchen, hallway, 2 double rooms, 1 bathrrom an... 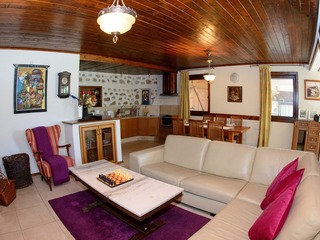 Homely self catering chalet close to the slopes

Self Catering Chalet “Kulina” is ideally located on a quiet street in the old part of the town, just 3 minutes away from the center and 500 meters away from the ski lifts. The main street in Bansko is just a 3 minute walk away, where there are local shops, restaurants, bars and night clubs. Al...

Bansko is located at the base of the Pirin mountains and is one of Bulgaria’s top ski resorts. The resort offers excellent skiing for beginners and intermediates and is particular popular with families or group on a budget ski holiday. The Bansko ski pistes extend to over 70km with a very modern lift system. Many of the ski runs are through the beautiful pine forests that line the slopes of the Pirin national park. The base of the resort is located in the tradition Bulgarian town of Bansko at an altitude of 936m but the ski pistes are all located above the town at heights from 1200m to 2600m. A snow making system with over 160 snow cannons ensures that the resort has reliable snow cover from December to April.

The ski area offers something for all levels. There are plenty of easy greens and blues to suit beginners and children learning to ski. In fact Bansko comes highly recommended as a beginner and family ski resort. It is regular featured in the best value ski holiday listings with plenty of budget ski apartments and chalets to rent in Bansko.

For intermediates the top of the mountain coming of the Banderitsa offer a lot of challenging red runs down through the trees. For a nice long run in the afternoon you can ski from the top of the Todorka area at 2600m all the way back to Bankso town at 936m. The combined run is almost 15km with almost 1700m of vertical drop.

For experts try the Tomba run which hosts both the mens and womans FIS Bansko World Cup downhill each February. The resort can get quite busy during the World Cup races so it is wise to time your ski holiday to avoid this if possible. For off piste lover there is a huge amount of unmarked bowls and free riding areas in Bansko. In between the Banderista and Shiligarnik areas there is a huge open bowl to be explored.

Bansko was once a quite Bulgarian village and infact the center of the town is a Unesco Heritage site. In the center you will find many old style mehana’s (taverns) alongside more modern bars and restaurants. The recent development of the town means that there is a huge selection of ski accommodation in Bansko. You can choose from modern ski apartments close to the main lift or catered chalets in Bansko. A huge amount of the accommodation in Bansko consists of ski apartments. So if you are looking for a ski apartment to rent then this shouldn’t be a problem. Most of the Bansko ski apartments are located in modern complexes with luxury facilities such as swimming pools, spa centers, fitness areas, bars and restaurants.

Given the huge amount of Bansko ski apartments, by comparison there are relatively few chalets to rent in Bansko. If you are interested in a Bansko chalet for your ski holiday in Bulgaria then we recommend that you book early as the chalets in Bansko often book out quite early. You can choose from catered and self catering chalets in Bansko. You also have the option of a modern chalet finished in the latest trendy styles or a more traditional Bansko chalet designed in the typical Bulgarian style. Each option has its own benefits and additionally you can decide to go catered or non catered giving you the flexibility to visit many of the excellent restaurants in Bansko town. Many of the chalets include luxuries such as saunas and Jacuzzi so you shouldn’t fell you have to skimp on luxury just because you are on a cheap ski holiday.

The apres ski scene in Bansko.

Eating Out in Bansko

Description of the bars and restaurants in Bansko

In summer Bansko is a good base from which to explore the surrounding Pirin national park. The town offer mountain biking and walking trails thorough the mountains. There is a 18 hole golf course just outside Bansko where you can enjoy a cheap round of golf while taking in the beautiful Pirin mountains. There are several open area swimming pool and aqua parks in the local area.