Despite a disappointing performance at the X Games in Tignes last weekend Woodsy has bounced back in style at the final Slopestyle event of the year in Sierra Nevada, Spain. The British rider completed the season with a win and picked up the champions Crystal globe for the best mens Ski Slopestyle in 2013.

With an impressive performance all season on the World Freestyle tour the young British rider is now setting his sights on the Olympics in Sochi next year where he is surely in the running for a gold.

The top 3 results were

Woodsy now heads to the British Freestyle Ski and Snowboard Championships, in Laax, Switzerland, from 20-27 March, where he will be defending his slopestyle crown 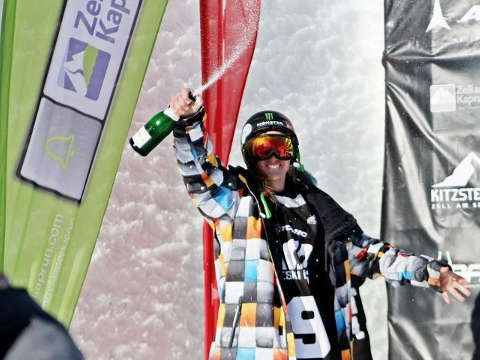