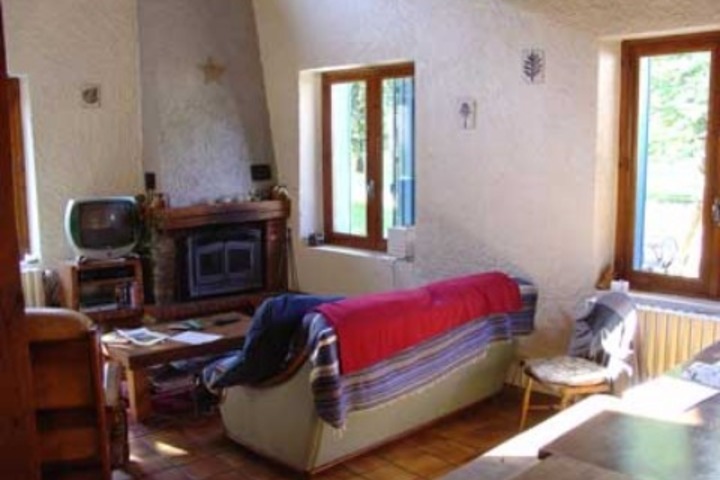 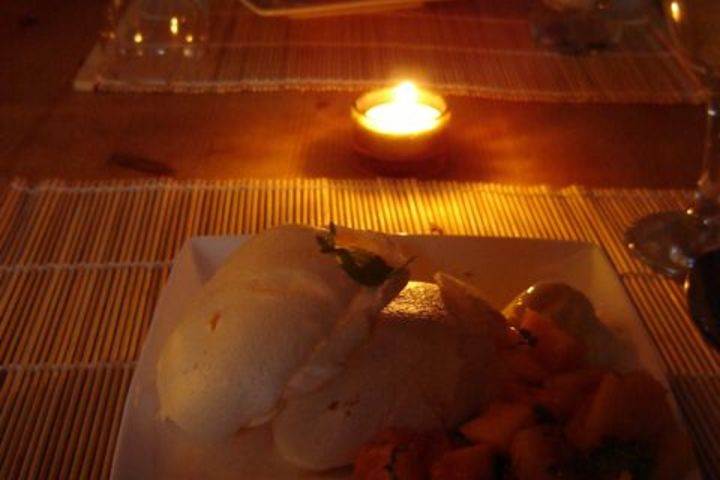 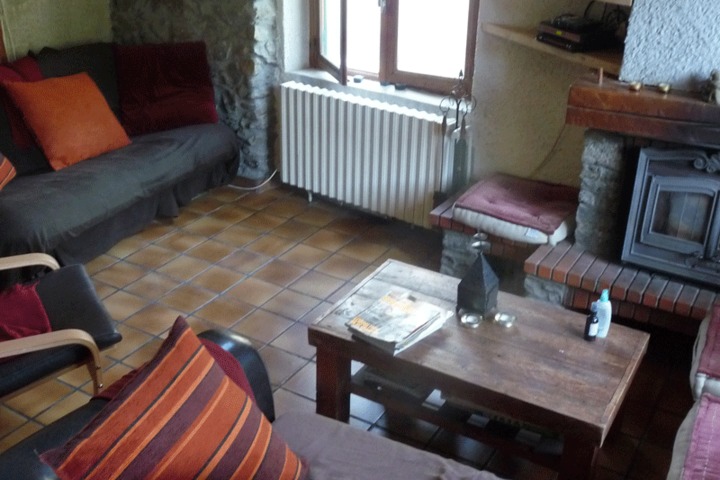 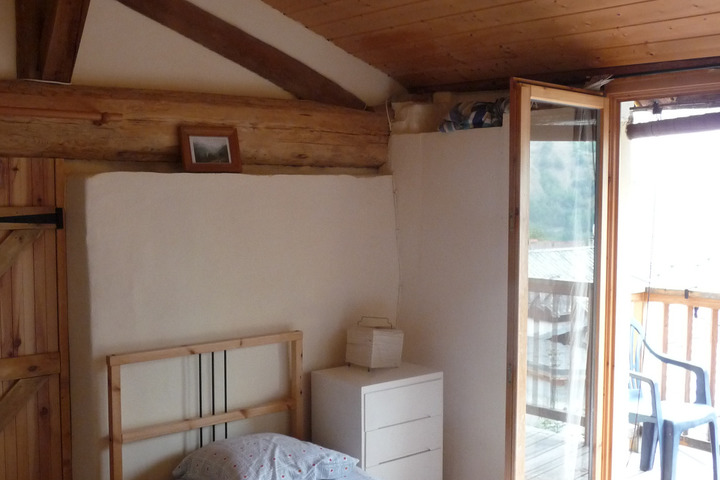 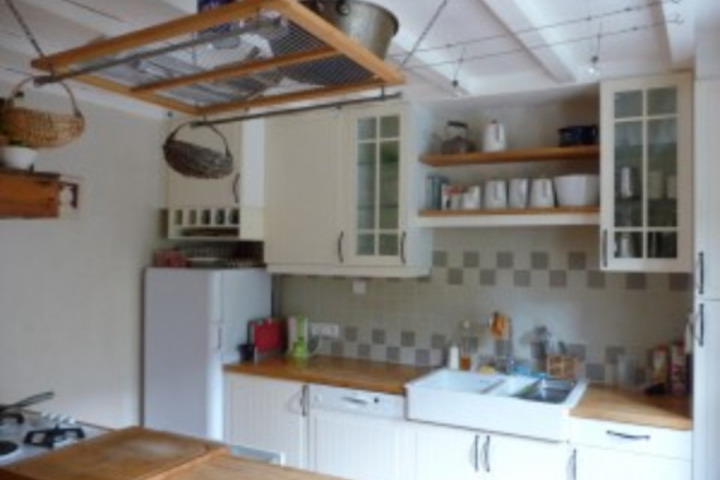 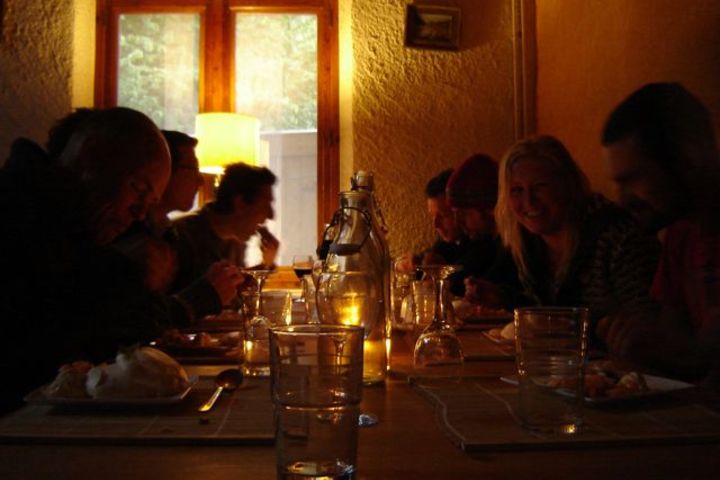 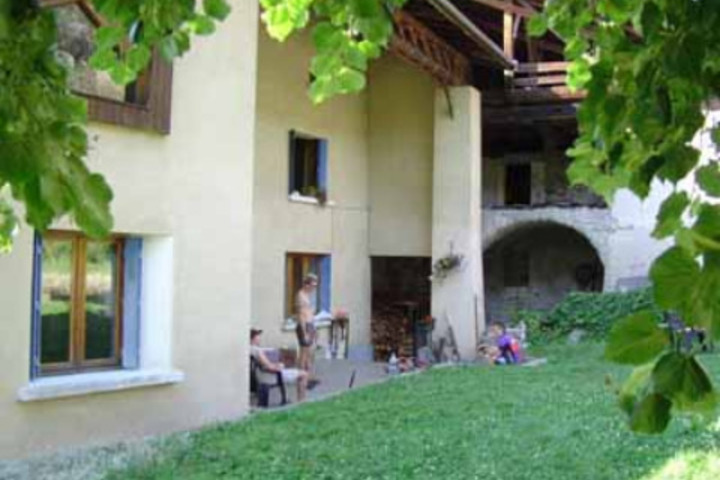 Situated in the village of Landry, the Snow Inn is a beautiful two hundred and ninety year old farmhouse nestled between Les Arcs and La Plagne. There are five guest rooms each sleeping 2-3 people, enabling us to welcome up to 12 guests. All the bedrooms are warm and comfy, offering wonderful views down the Tarentaise valley and up to the peaks of Les Arcs and La Plagne. With four bathrooms there will always be a hot shower waiting when you get back from the slopes. The garden is the perfect place for building snowmen, going sledging and even taking your first tentative steps on skis.

The Snow Inn is ideal for families or all adult (often more childish!) groups. We try not to mix the two and will always let you know who else is already booked in for any given dates. We have two children ourselves, Addie and his little sister Rowan, so there are plenty of toys, travel cots, high chairs and assorted kiddie nonsense to borrow. Baby-sitting and creche facilities are also available locally.

Spend the evenings unwinding in the huge open plan sitting room, warming your toes by the fire while you recount tales of the day's exploits over a drink or two and wait for dinner to arrive. We've got an ever growing collection of board games so if you fancy getting hustled at Pictionary by Lyndsey then step up! If not, we've got loads of DVDs for a less competitive evening, along with WiFi coverage for your laptop. Should you feel a touch more hardy, the garden terrace is also a great place to relax and watch the moon rise over the mountains.

At the Snow Inn you really can make yourself at home. Pop the kettle on whenever you fancy. Spend a lazy morning on the sofa watching DVDs whilst the others ski. Get a bit of dutch courage after dinner and take the house sledges up the hill behind the garden... That's part of why so many of our guests come back year after year – we feel very lucky to count many of them amongst our dearest friends!

Dinner at the Snow Inn
Now onto the important bit - food! We have been teased quite a lot over the last few years over apparent similarities between us and Tom & Barbara Goode of The Good Life. It's not really justified as we don't yet keep any animals (unless you count 3 cats) and Lyndsey doesn't own a single pair of dungarees! However, if you find yourself spreading damson jam in the morning, it'll be home made from our own damson tree. Cherries on the tart? likewise. Pumpkin soup? You get the picture I'm sure. We cook tasty meals using the best fresh ingredients we can find. Our fruit and veg comes from the local market and our meat comes from the excellent village butchers, who supply their produce from their own farm, less than a kilometer away. It's not really done through benevolence - we like to eat well too. The wine is similarly good - Sam used to work in a local wine shop and so is the man to ask about such things.

Breakfast is included in the basic price and is either served up by Sam before 9am or left out for you to chomp on at your leisure. It's a fairly simple affair with fresh fruit, cereal, porridge (yum!), boiled eggs, toast and our own fresh baked bread served up with a few home made jams and lots of tea, coffee and fruit juice.

Evening meals are €17.50 a pop (€12.50 for kids) and can be arranged on a very flexible basis - feel free to mix evenings in with us with nights out at restaurants and bars in town.

The Snow Inn is situated slap-bang in the middle of the Tarentaise Valley, making skiing at any of the surrounding popular resorts a reality. Val d’Isere, Tignes, La Rosiere (all 30 mins away) and the Three Valleys (40 mins) are all easily accessible by car, while Les Arcs and La Plagne literally overlook the farmhouse, 5 minutes up the hill. From the Snow Inn, you can enjoy the best snow in the Tarentaise, which usually means the best snow in Europe!
An ‘espace Olympique’ weekly pass for any one of these resorts includes a day at most of the other resorts in the valley, should the slopes seem a bit whiter on the other side of the mountain!

Les Arcs
The free ski bus runs directly from Landry to the funicular railway, which forms the backbone of the Les Arcs lift system. With over 400km of pistes reaching an altitude of 3300m, Les Arcs is a snow-sure resort that will keep all levels of skiers and boarders smiling. From the winding tree-lined pistes of Peisey-Vallandry, through the snowpark packed with tabletops, half pipes and a boardercross run, up to the vertiginous mogul fields, off piste chutes and Olympic speed-skiing run of the Aiguille Rouge, there really is something for everyone. Les Arcs is also known for its ‘ski-evolutif’ method of instruction, which bypasses the dreaded snow plough in favour of parallel turns on shorter skis right from the word go.

La Plagne comprises of ten inter-linked resorts, the closest of which is Montchavin, just five minutes up the road from Landry. From here you can access 215 km of pistes, 2 snowboard areas and 90 km of cross country skiing (ouch!!) served by 111 lifts.

Other Resorts:
Les Arcs and La Plagne could keep most skiers and boarders busy for a whole season, but as variety is the spice of life a little look at the other resorts in our valley won’t do any harm!

The most famous would have to be Tignes ( www.tignes.net ) and Val d’Isere (www.valdisere.com). Just a 35 minute drive along the RN90 valley road will land you at the foot of the ‘Espace Killy’. With a higher density of challenging runs than pretty much any other ski area in the world, a day at Val is never a day wasted. Best of all are the great bars on the way home, which are certain to be far better value than Val d’Isere’s slightly overpriced watering holes!

Not so well known, but well worth mentioning are La Rosiere (www.larosiere.net) and Sainte Foy on the northern side of the valley. These quieter resorts sometimes have better snow conditions than their larger brethren and represent something of a local’s secret on fresh powder days, taking far longer to get skied out. Luckily, we’ll always know when this is the case so you’ll never be missing out on the opportunity to make fresh tracks. La Rosiere has the added novelty value of being able to ski into Italy through the Italian resort of La Thuile. Eat a genuine Italian pizza for lunch before dropping back home into
France for dinner!

For those fancying a day trip further afield, the Three Valleys resorts of Courchevel, Meribel and Val Thorens/Les Menuires are 40 minutes down the valley. Although if you manage to get sick of Les Arcs, La Plagne, Val d’Isere, Tignes etc, then chances are you need a rest!

Other Activities
If you fancy a break from tearing down the slopes there are a million and one ways to have fun on the mountain. These include;
- Paragliding
- Snow-shoe walking
- Cross country skiing
- Ice skating
- Ice rallying
- Bob-sledding
- Ice climbing and caving
- Bowling
- Huskie racing
- Swimming