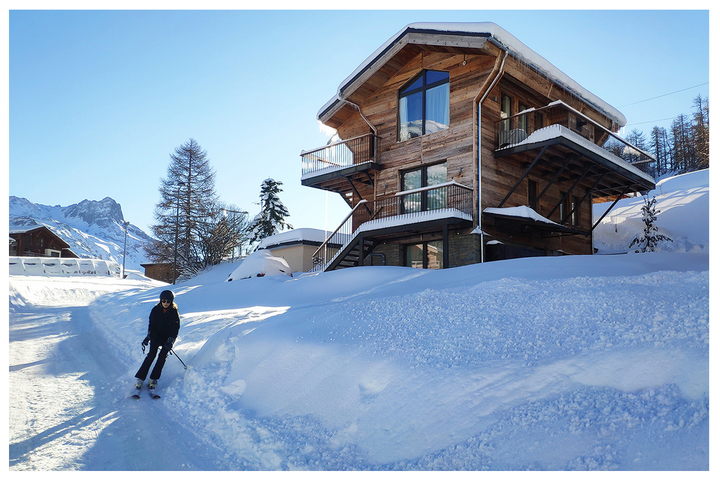 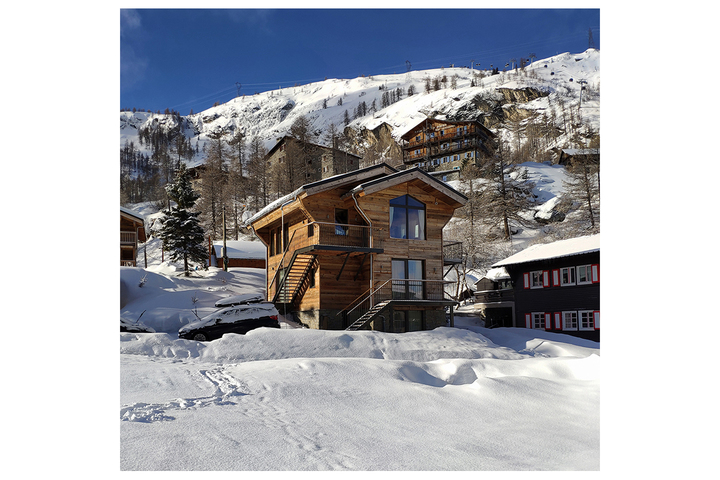 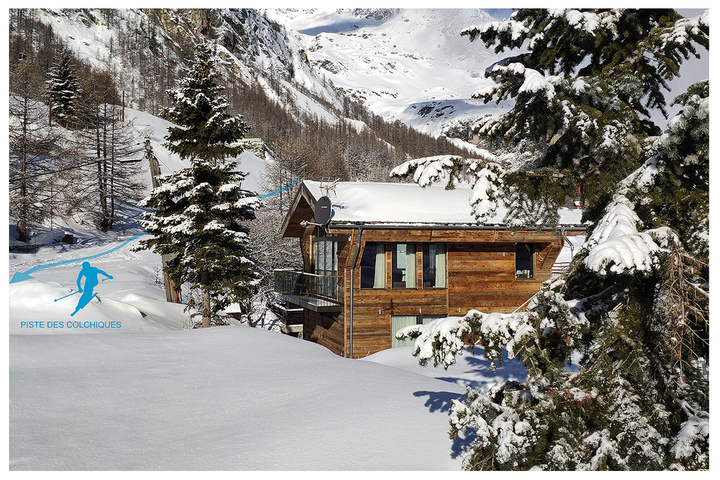 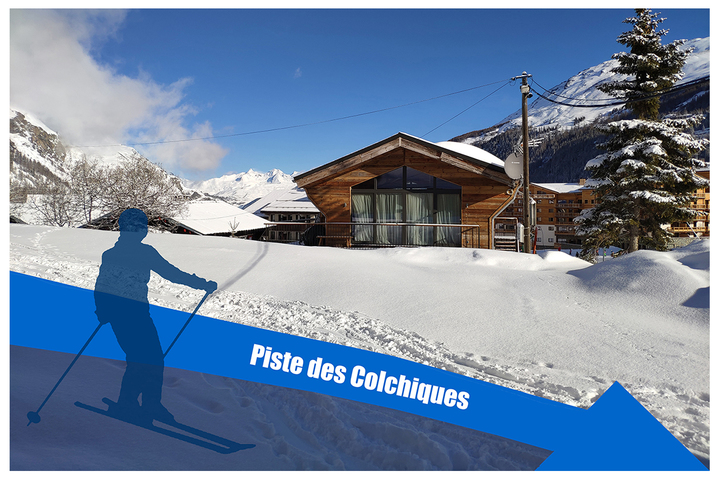 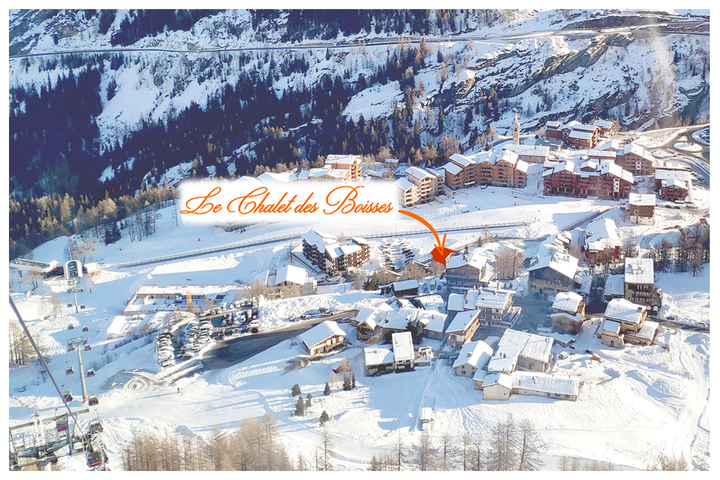 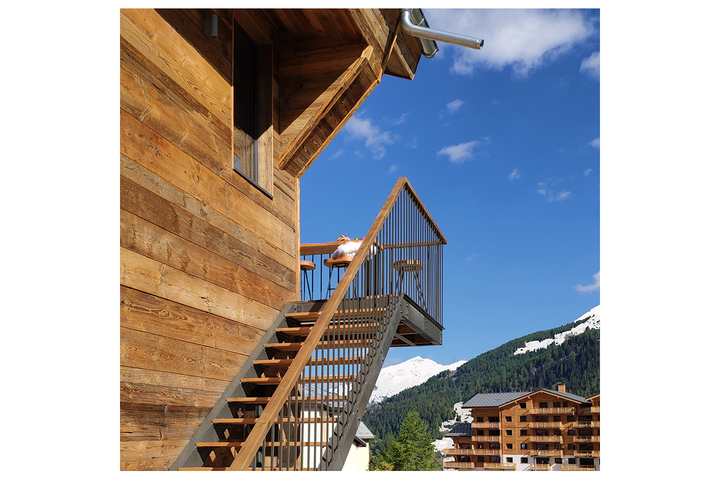 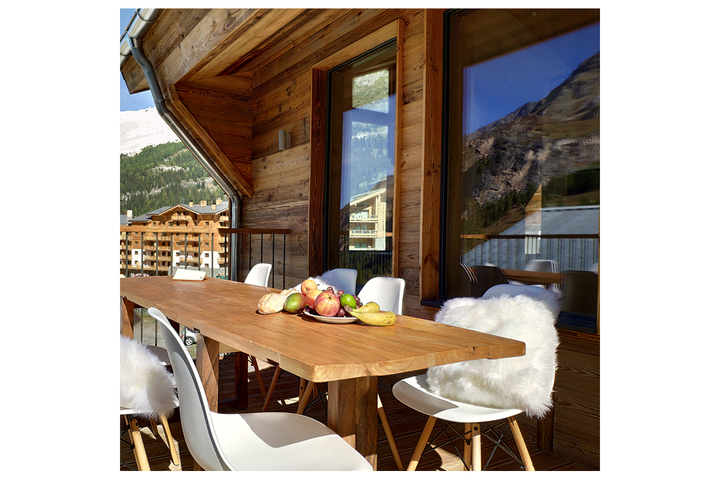 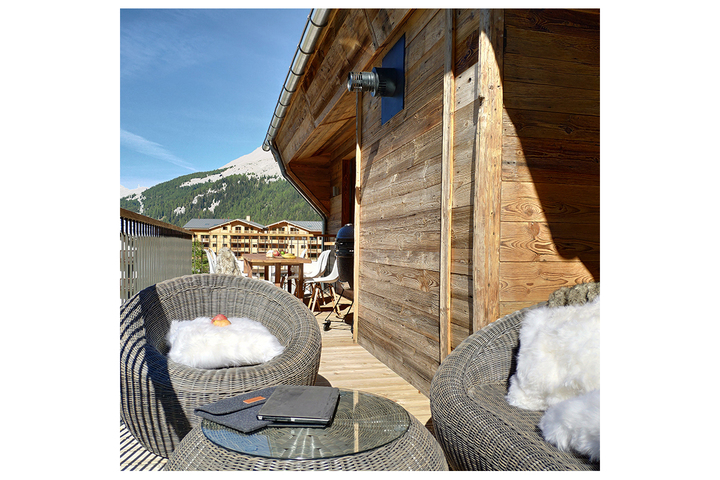 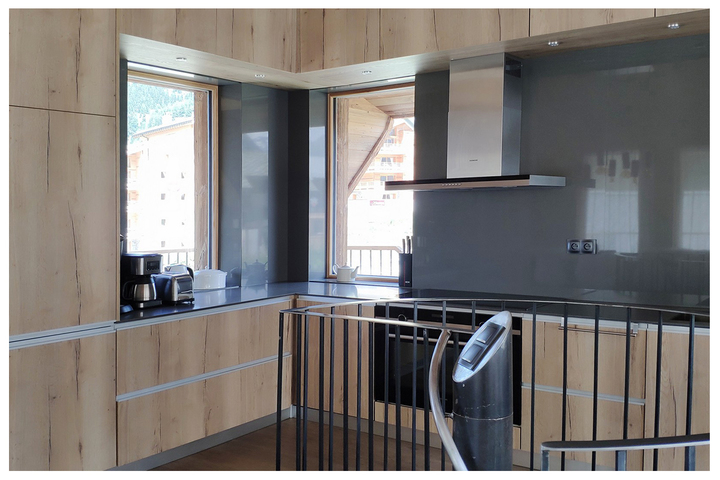 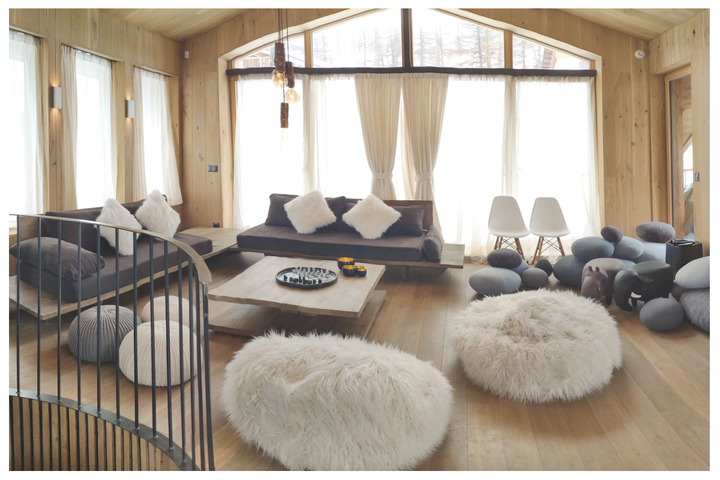 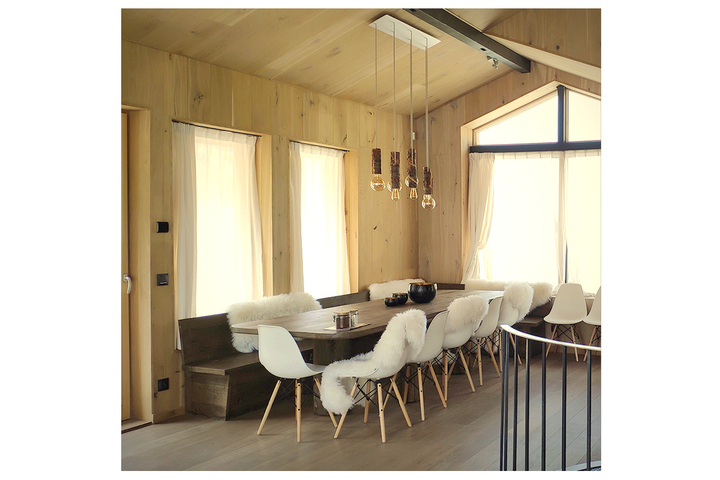 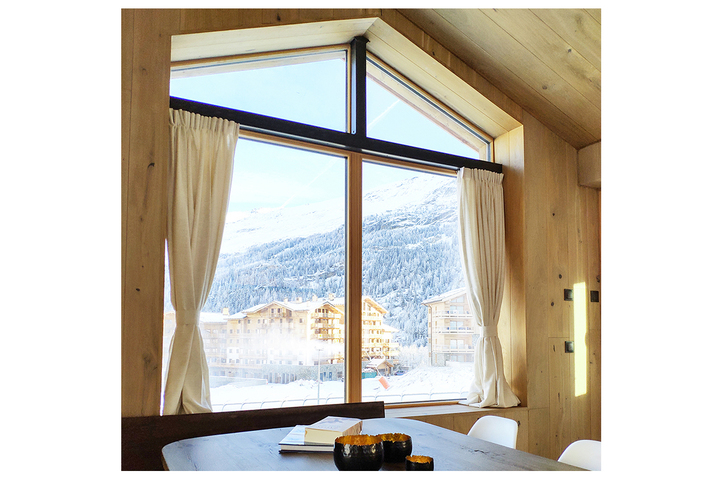 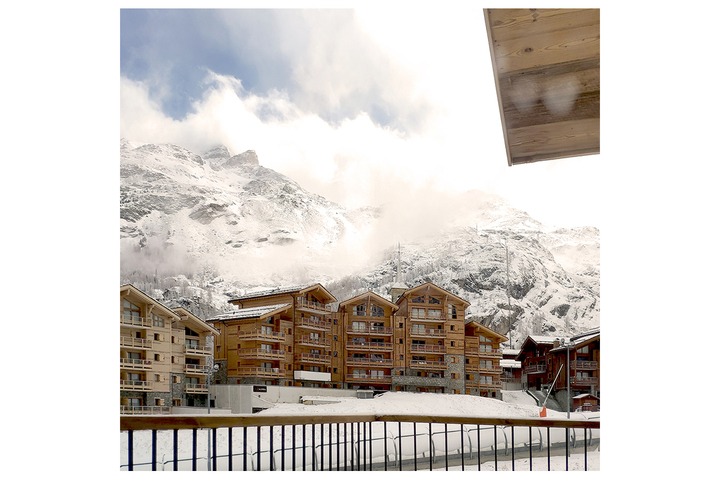 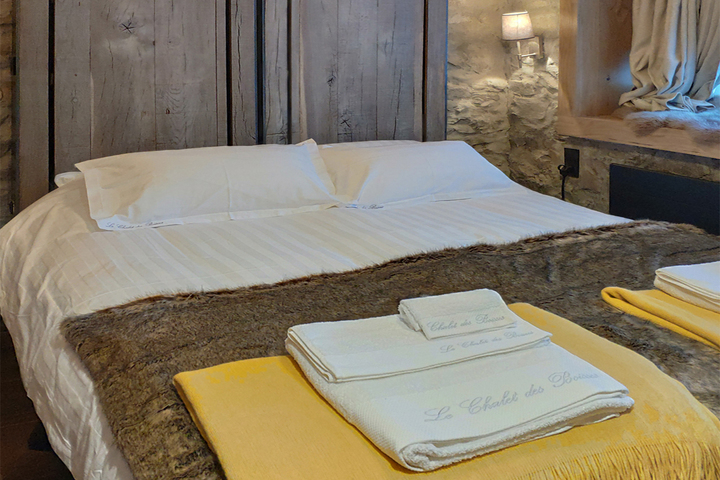 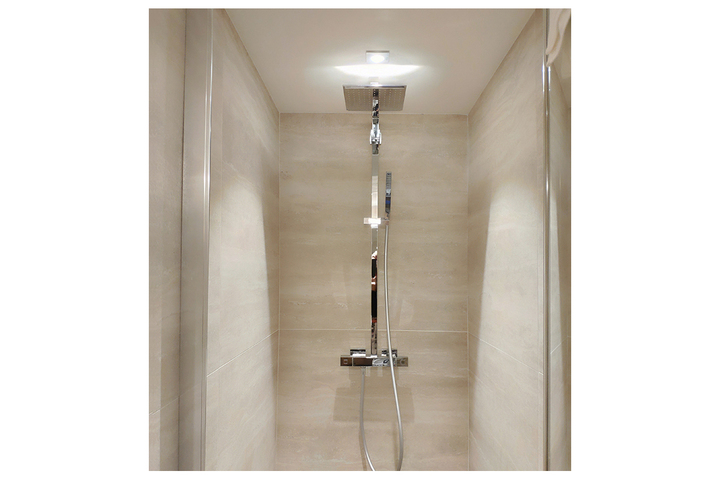 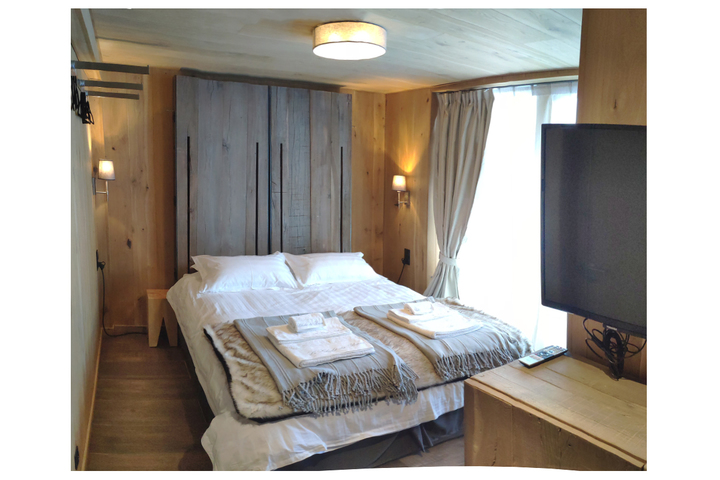 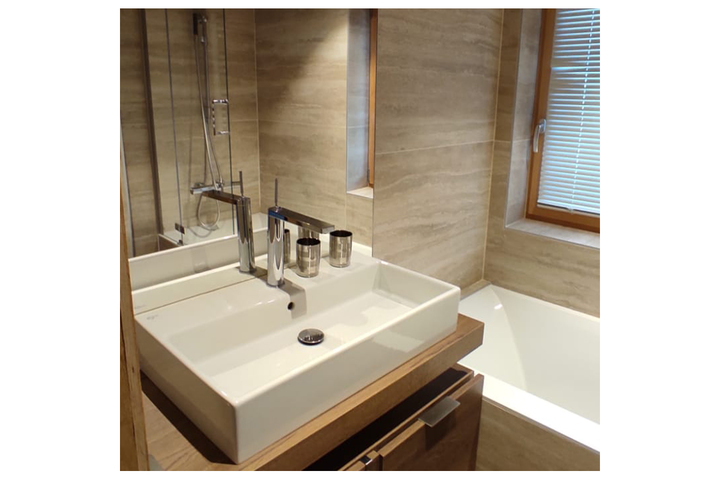 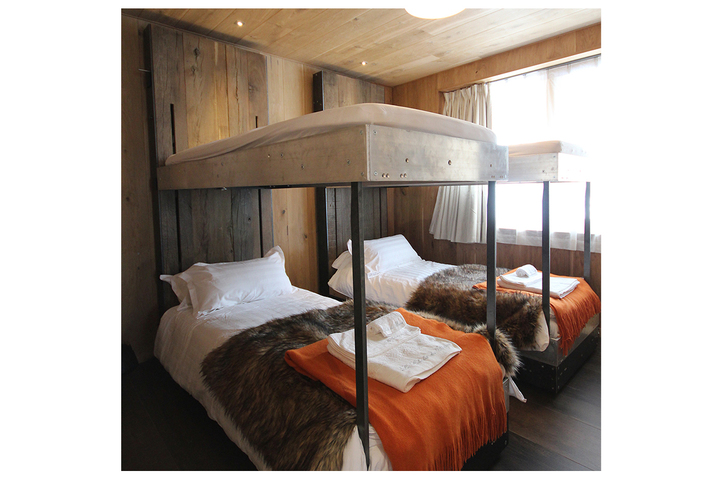 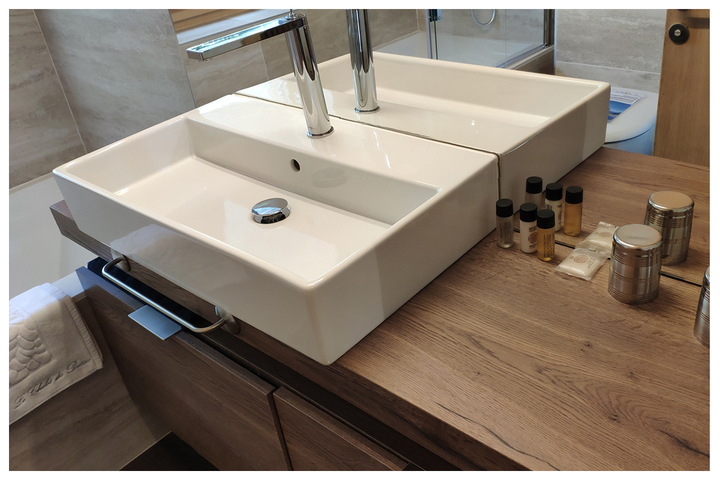 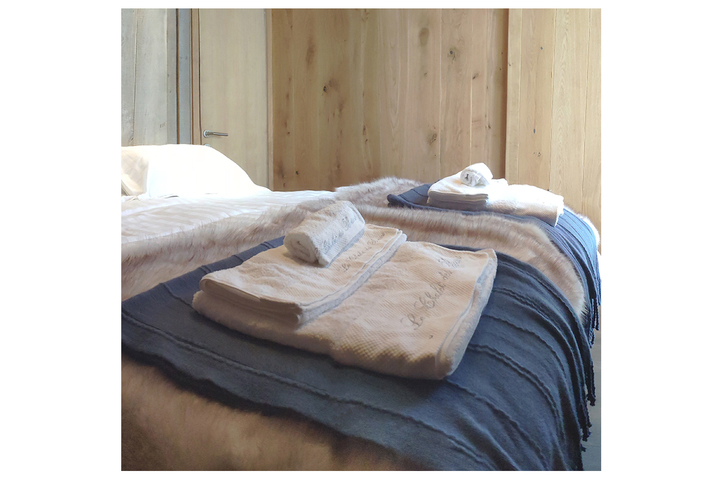 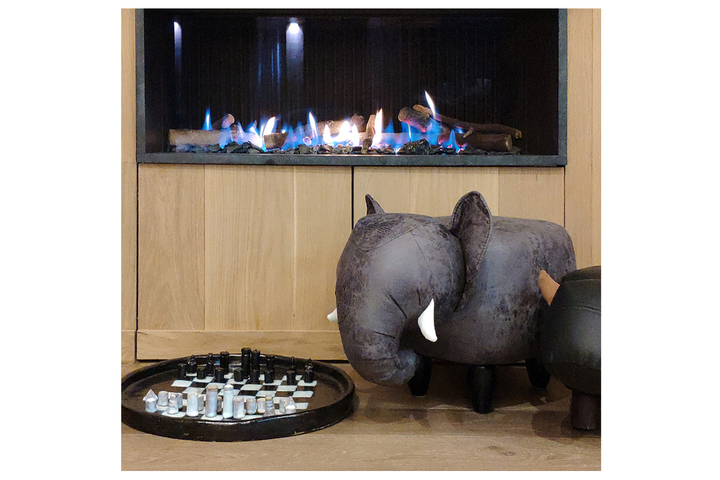 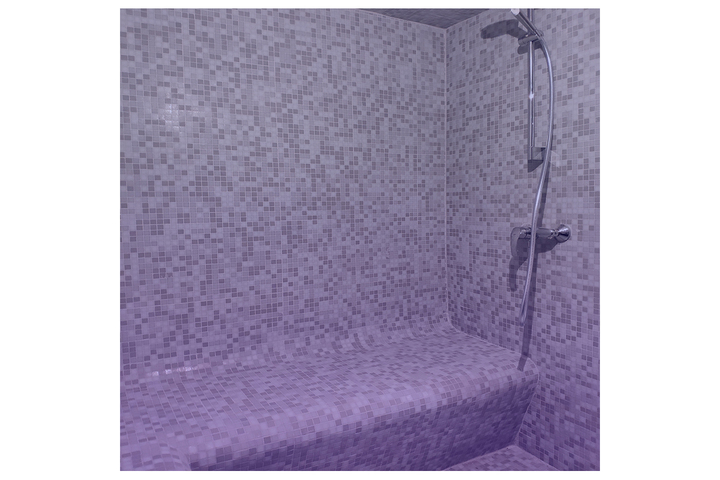 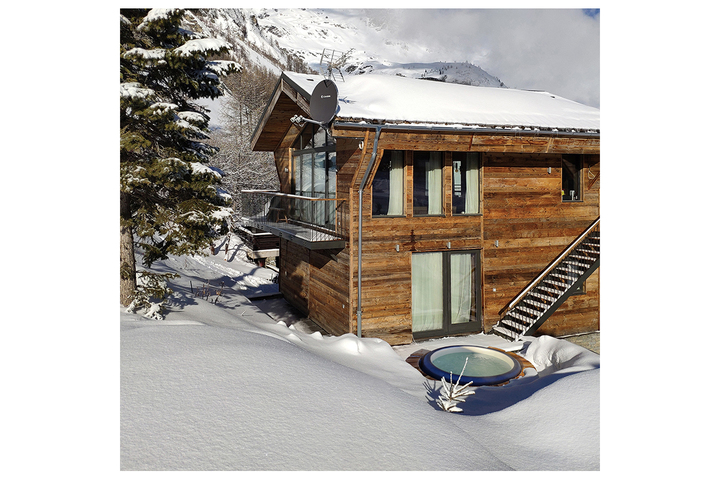 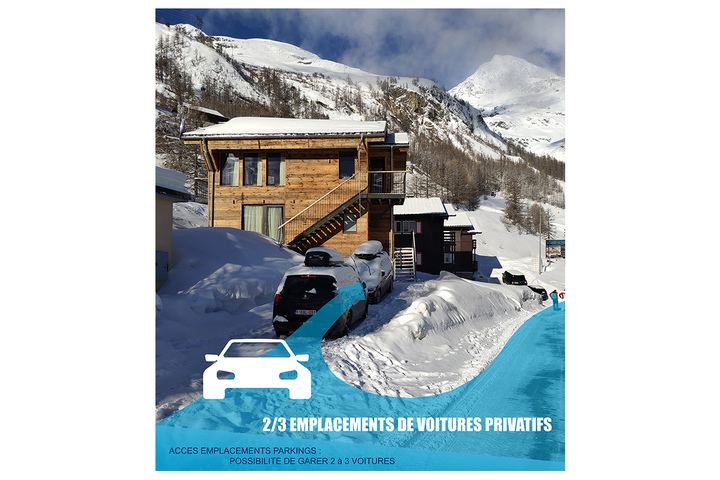 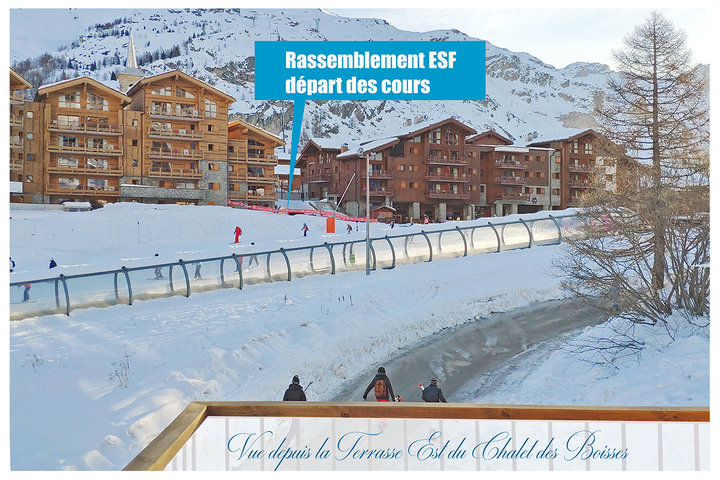 With a FANTASTIC LOCATION on the slopes, LeChaletdesBoisses is a stuning 4-star chalet with ski-in and ski-out access at 1800m in Tignes – Val d’Isère. Sleeps 10 adults (up to 12/14 guests) with 5 luxury bedrooms, each with its own bathroom.

On the ground floor you will find a convenient room with hanging space and enough boot warmers but also helmets and gloves dryer for all guests.

For après-ski, no need for a car, you will find everything in the direct neighborhood : several restaurants and bars, spas and massages, bakery, grocery store (Spar), ski shops. In addition, the gondola brings you downs at Les Brévières (1500m), a charming village 5 minutes away, where you will find other restaurants and places of entertainment. You can also take the free shuttles which will bring you in 10 minutes to Tignes le lac (2100m), the resort’s central village.

Tignes is a commune in the Tarentaise Valley, in the Savoie department in the Rhône-Alpes region in south-eastern France, known for the highest skiable area in Europe and the longest ski season in Europe. It is located in the Savoie region with good transport links in and out of Lyon, Geneva and Chambery.
It is best known as a snow sure ski resort. Together with neighbouring Val d'Isère, it forms the "Espace Killy" ski area. The proximity of two resorts offers one of the most seamless links between ski areas in Europe, in effect creating a single skiable area of over 300 km piste. Whilst not the largest ski area in the Alps, the level of integration between the two resorts has the effect of making it feel as one, often described as feeling like one of the largest single ski areas as a result.
Tignes les Boisses (now Tignes 1800) is one of the 5 Villages of Tignes. It is located at 1800m in altitude. It is the new hype village of the resort at the heart of Tignes & Val d'Isère linked area; It opened its doors in December 2013. Everything is brand new, especially the lift. Structured around the church, a replica of the one in the former village which has been flooded by the waters of the dam, Tignes 1800 will let you enjoy all the assets of an international resort, added to the tranquility of the village life!

Chalets made of stone and wood, a direct access to the 300 km of slopes of the ski area, thanks to the new state of the art cable car of les Boisses (seating for 10 people), ski in ski out residences, plenty of on-site services to make your stay easier and, on the long-run, an area which will be specially converted for beginners: the new village has been particularly designed for families!

A little culture: Tignes 1800 Church
The parish Church of Saint Jacques de Tignes, built in the 50s, is a replica of the one that was destroyed when the dam was open. It show fine furnishing and baroque-style paintings.

In Tignes, in winter it's 100% ski. Ski on the pistes, snowboarding, freeride ski or ice diving or freestyle ski.
But this does not mean there are no other activities : what about discovering the magical under water universe with some ice diving in Tignes' frozen lake, or getting a taste of the big thrill with a Bun J Ride jump, or even admiring the magnificent snowy mountain landscape from far above during a paragliding flight over the resort....
The resort also offers : Heliskiing, trail, sledging and dog sledging, ice climbing, snowmobiliing, moutaineering, helicopter tours, snowshoeing, speed-riding, microlight, Ice driving, moonbiking, MTB on snow, Horse rinding on snow, swimming... escape games... spa, massage...

In the summer in Tignes, it's 100% sports... and there's something for everyone from June 26th to September 5th 2021
With the "My Tignes Open" Card (included in your booking with us), you'll have access to lots of activities nestled in Tignes' district. Bike park, pedestrian access to the chair lift, Archery, Crazy Airbag, trampoline, hot jumping, pedal boat...

Enjoy also the Grande Motte glacier to ski during the summer in the Alps, the Bike park, the hiking and so much more!
Such as paragliding flight over the lake and mountains, water ball session on the lake, horse riding, the ascent of the Grande Motte glacier ... But also Acroland, water sports centre, hiking, golfing, archery and air riffle, trail... climbing, white water swimming, fishing, rafting... via ferrata, skate park...

The prices are for group of 10 people for a week. Please request more information if you are more people or staying longer/shorter.
There is a 1000€ damage deposit. Payement are to be done by bank wire

If, on the day before arrival, any of the circumstances outlined below apply to your booked dates, and this results in your booking being cancelled, then you will be entitled to a 100% credit note to the value of your accommodation payments.