This week saw the Winter X Games back in Europe in the top French resort of Tignes. Running from 20th to 22nd March over 150 of the worlds top skiers and snowboarders descended on the high altitude resort for 3 days of adrenaline packed action. Since its founding in 1997 the X Games has become synonymous with extreme winter sports and freestyle skiing.

Tignes has always been at the forefront of freestyle and free riding and riders in the resort have always been testing the limits of their ability and the mountain. In fact the first freestyle skiing world championship was held in Tignes in 1986 as recognition of its strong role in developing the sport. The X Games started life in America and first came to Europe in 2010 when the games were held in Tignes. Ever since then the X Games Europe have headed back to Tignes each year for all the thrills and spills of extreme riding.

This year as usual the most eagerly awaited event was the Superpipe event. The 176m long XXL pipe was built on the Double M piste in Val Claret using over 40,000m3 of snow. The pipe looked pretty fearsome at over 7m high and 20m wide. The event ran for 3 days from Wednesday with the action climaxing with the snowboard finals on Thursday and the skiing finals on Friday. 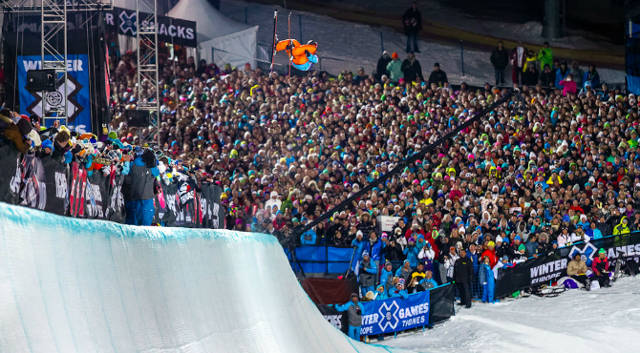 The Slopeside event attracted as big crowds as the Superpipe with lots of different obstacles including tables, rails, hips and big air jumps. Riders were judged on the difficulty , height and execution of their routines. This year the Slopeside circuit used over 110,000m2 of artificial snow and combined 6 different zone to give a total length of 800m.

UK athletes James “Woodsy” Woods and Jamie Nicholls were also in action in Tignes and expected to be in contention for the medal spots. Since winning his first bronze medal in the X Games 2 years ago Woodsy has taken the Slopestyle world by storm winning another bronze in the Aspen X Games this year. Despite going into the competition as a hot favourite unfortunately Woodsy was unable to make the finals and went home without a medal.

Jamie Nicholls also failed to make the final finishing just 13th in the semis but he put a brave face on it and is instead looking forward to World Cup in Sierra Nevada next week The British women were a little more successful with Katie Summerhayes finishing in 4th and snowboarder Aimee Fuller made history by being the first woman to land a double back flip in the SlopeStyle competition. Overall Aimee finished 6th.

Conditions were tricky throughout the week with blizzards on Wednesday delaying some of the heats. The bad weather didn’t seem to bother the current snowboard world champion, Kaya Turski. The 24 year old Canadian romped home to win her fourth consecutive title. 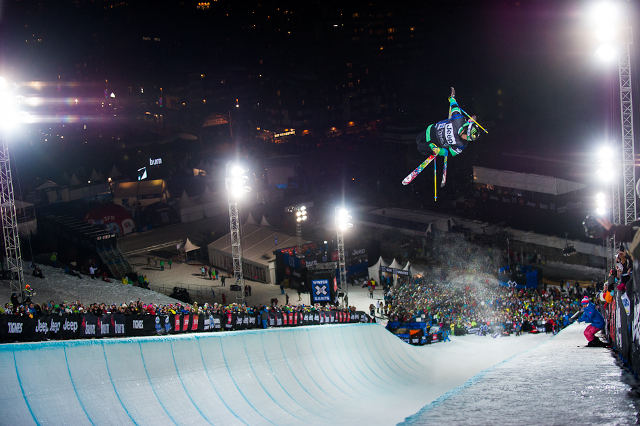 Bizarrely all three winning medalists at the 2013 X Games in Aspen, Colorado failed to make it into Thursday's final round in Tignes. Aspen gold medalist Nick Goepper (USA), silver medalist Henrik Harlaut (Sweden) and James Woods, who took bronze all missed out on a place in the final.

All week large crowds turned out to see the action with many holiday skiers and boarders taking some time out to watch the jumps and tricks. Conditions on the regular slopes in Tignes and the Espace Killy are still excellent so there is still plenty of time to get in a few weeks of spring skiing in the Alps. If you need some accommodation for your holiday in the Espace Killy why not try a Tignes apartment or some ski chalets in Val 'dIsere